The U.S. Department of Defense has released nearly 200 photos related to the alleged torture of prisoners and detainees in Iraq and Afghanistan, the American Civil Liberties Union (ACLU) said Friday.

The photos, part of a larger set of 2,000 photos, show body parts close up, some but not all with visible injuries. Individuals cannot be identified in the photo. The federal government is fighting to prevent the remaining photos from being released arguing that the content of the photos could spark anti-American sentiment overseas and endanger troops.

A federal judge ruled last March that the photos need to be released, but the decision has been tied up in appeals. In the meantime, the Pentagon invoked a 2009 law giving DOD additional authority to conceal photos that could endanger American lives. President Obama, who initially said he would support releasing the photos, changed his mind in 2009 as well.

“The release of these old photographs of past behavior that has now been clearly prohibited can serve no public good, but will empower al-Qaeda propaganda operations,” Democrat Joe Lieberman of Connecticut and Republican Lindsey Graham of South Carolina wrote to Obama at the time.

A Pentagon spokesperson told CNN that the photos had been taken during a criminal investigation into the conduct of soldiers. Dozens of soldiers received disciplinary action ranging from reprimanding to life imprisonment after images emerged depicting torture at the Abu Gharib prison in Iraq.

Reports have suggested that the photos that remain unreleased may depict conduct that rivals the infamous Abu Ghraib torture photos that emerged during the Iraq War and the ACLU has promised to continue its efforts to secure their release.

“The still-secret pictures are the best evidence of the serious abuses that took place in military detention centers,” said ACLU Deputy Legal Director Jameel Jaffer in a press release. 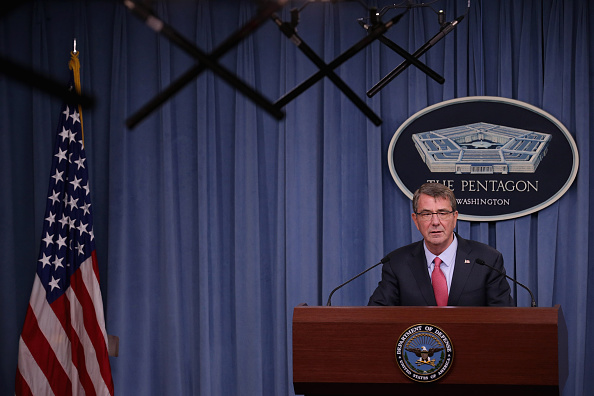 The Pentagon’s New Family Policies Are an Important Step
Next Up: Editor's Pick