Watch This Adorable Polar Bear Cub Finally Get Her Name

Voters from around the world have chosen the name “Nora” for the Columbus Zoo’s three-month-old polar bear cub. The baby bear, who was one of two born on Nov. 6, has been hand-raised by zookeepers since her mother began neglecting her. Her twin died shortly after their birth.

The name was chosen in an online poll that received more than 88,000 votes from across 115 countries. Participants were given four options and selected Nora, a mix of the cub’s parents’ names, Nanuq and Aurora, as the winner. The other three choices were Desna, Kaya and Sakari.

Read More: This Video of a Baby Polar Bear Dreaming Will Warm Your Cold Heart

“This rare birth is special not just for the Columbus Zoo community, but for people around the globe. For that reason, we wanted to invite all of this cub’s fans to be a part of her identity,” said Tom Stalf, president and CEO of the Columbus Zoo and Aquarium. “We also hope that this effort raises awareness and support of the polar bear species in the wild, the population of which is increasingly threatened.” 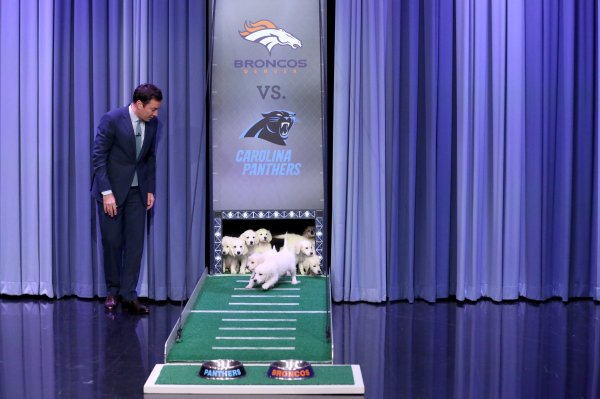 11 Animals That Have Predicted a Super Bowl Winner
Next Up: Editor's Pick