How Ethiopia Can Overcome the Worst Drought in 50 Years

Local residents await the arrival of the UN secretary-general in Ogolcho in Ethiopia's drought affected Oromia region to tour various UN drought relief projects on Jan. 31, 2016.
Colin Cosier—AFP/Getty Images
Ideas
By Daniel Speckhard
Daniel Speckhard, a former U.S. Ambassador, is the President of Lutheran World Relief and a non-resident Senior Fellow with the Global Development and Economy program at the Brookings Institution.

In the West you can hear a collective groan: Not Ethiopia again. The news coming out of the East African nation is of the worst drought in 50 years.

Fortunately, this is no rerun of the 1983-85 famine that gave us the Live Aid benefit concert for the country, which elevated famine to the international stage and screen and helped secure humanitarian aid. Far more than the music industry has invested in Ethiopia since then, including the U.S. government, helping Ethiopia make impressive strides in fighting poverty, fostering economic growth and improving infrastructure. Unfortunately, Ethiopia’s current crisis threatens to obscure news of its impressive growth.

Over the past several years, Ethiopia has experienced robust economic expansion with a growth rate of 11%, more than twice the regional average, leading some to call it the Lion of Africa. That growth has enabled the country to invest in roads, railways and dams that will eventually boost electricity production and improve transportation to and in its capital city of Addis Ababa.

Significant growth in the agriculture sector was in fact a key factor in reducing, by one-third, the share of Ethiopians living in poverty between 2000 and 2010. Foreign investment as well as a great deal of aid from Western donors, including the U.S., helped to bolster this impressive growth. Ethiopia hopes to become a middle-income country within the next 10 years.

Externally, Ethiopia has continued a pro-active and assertive foreign policy, maintaining a strategic partnership with the U.S. in places such as Somalia to support the African Union Mission in Somalia, and is the world’s second-largest U.N. peacekeeping contributor, with troops serving in Sudan and South Sudan in particular. This kind of stability contrasts with the unsettled nature of the neighborhood, which is scene to civil wars or conflict in Somalia, Yemen, Sudan and South Sudan.

These major strides make it all the more important for the international community to continue its support. Unlike the 1980s where the cause of the food crisis was due in large part to government policy and civil war, the current crisis is being blamed on poor rains and ruined harvests as a result of one of the strongest El Niño weather patterns on record. As much as 75% of harvests have been lost, and water shortages have claimed the lives of as many as 1 million livestock in the affected central and northeastern parts of the country. This drought is projected to cause a food crisis that will require emergency humanitarian food assistance for at least 10 to 15 million people, and threatens to cause severe malnutrition in as many as 430,000 children.

Ethiopia’s success story means that this drought will not result in the mass casualties experienced in the 1980s where hundreds of thousands perished. But a significant food crisis could be all it takes for Ethiopia to fall into an economic and political tailspin. This is not just a humanitarian concern; a food and water crisis could quickly turn into a political crisis. Witness Ethiopia’s own past, or Sudan, or the recent experience in Syria, where a prolonged drought led to urban migration and protests that catalyzed into an organized opposition and eventual civil war.

A built-in fragility still underlies Ethiopia and its government. Politically, the Ethiopian government has pursued its growth agenda while ruling at times with a strong fist. Anti-government protests have been met with violence. Restrictions on press freedom, including the imprisonment of bloggers, has chilled the media. And despite the impressive work by the U.S.-supported Productive Safety Net Program, which has helped make millions more resilient to shocks, about a third of the country still lives in poverty, and many more people are one crisis away from destitution. Most of these are farming families scratching out a living on small, rain-fed plots of land.

This El Nino drought, if combined with an inadequate relief response and the pursuit of internal political agendas, could create the conditions for instability that would have catastrophic consequences locally and regionally. There is a temptation with everything else going on in the world to acquiesce to “compassion fatigue.” The international community cannot let this happen.

In the short run, more funding will be needed. The U.S. announced in December an additional $88 million in aid to Ethiopia to address the drought, an admirable sign of American leadership. But the United Nations has said $1.2 billion will be required for an adequate response, and only a third of this has been funded. Emergency contingency funds are available and our European and other allies and the new donor nations must do their share. Equally important, however, is that we don’t divert resources from other emergencies, like aid to Syrian refugees.

In the longer term, we must accept the fact that the world’s old way of responding to food crises as isolated events is no longer adequate. Climate change is fueling more frequent and more devastating natural disasters, and beyond that, it is triggering simultaneous, pan-regional crises. No longer do we have the luxury of dealing with one situation at a time.

Luckily, we now have tools that forecast many impending crises. The international community must rethink its funding mechanisms and develop a system that makes resources available before disaster strikes, allowing for more rapid and nimble responses and perhaps even averting large-scale crises before they evolve. New innovative tools, such as micro-insurance, need to be more fully developed and broadly available to small-scale farmers to allow them to withstand more frequent weather shocks and help the country recover more quickly. The World Humanitarian Summit, scheduled for May in Istanbul, is an ideal arena for these discussions to begin in earnest. We must move quickly before lives are lost, the seeds of instability are sown, and Ethiopia’s impressive achievements are rolled back. 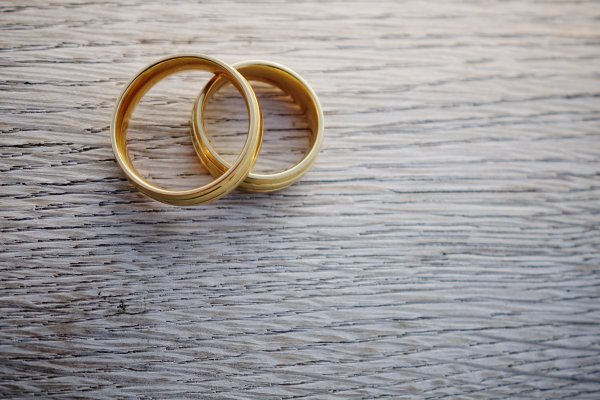 How Gay Marriage and Wedding Culture Threaten Other Couples
Next Up: Editor's Pick