Here's the Other Zika Problem Experts Are Worried About

President Obama announced Monday that he is asking Congress for more than $1.8 billion in emergency funding to expand the United States’ efforts to combat Zika. The virus has sparked fears amid its rapid spread through the Americas, and its link to the birth defect microcephaly.

But there’s another disorder that has U.S. public health authorities concerned. In addition to the abnormally small heads and associated brain damage that characterizes microcephaly, experts from the U.S. Centers for Disease Control and Prevention (CDC) recently completed the initial stages of a trial looking at the connection between Zika and Guillain-Barré syndrome (GBS). With GBS, the immune system goes array and starts attacking the body’s nerves, which leads to weakness that can snowball into temporary paralysis. Sometimes the disorder can disrupt breathing.

The Brazil Ministry of Health has reported higher than normal cases of GBS, which kicked off the investigation. Some experts knew that amid a Zika outbreak, they should be on the lookout for GBS. Dr. James Sejvar, a neuroepidemiologist at the CDC, told TIME in a recent interview that back in 2013, the CDC and other public health groups like the World Health Organization started hearing reports of Zika in the South Pacific. In French Polynesia, Sevjar said, clinicians were also seeing an uptick in GBS cases.

“We tried to get in contact with French Polynesia, but for whatever reason, it proved difficult to get solid and objective information,” Sejvar said. “So, because of these earlier reports, the association was already on our radar. After Zika got into Brazil, doctors again started reporting higher than normal numbers of GBS. For us, this was the last straw. We had to investigate.”

Between April and July of last year, there was an increase in GBS cases in the Brazilian city Salvador that was substantially above expected rates, Sejvar said—more than a seven-fold difference.

Sejvar and a small team of CDC workers recently enrolled in their trial more than 40 people with GBS in the Bahia state of Brazil, as well as 80 control subjects who live in the same area and likely have similar levels of exposure to the Zika virus but did not develop GBS. The researchers used a list of people provided by the Brazilian Ministry of Health and the Bahia state. The goal is to determine if having Zika increases the odds of getting GBS.

The findings are still preliminary, but so far, Sejvar said researchers have observed an interesting pattern. Typically, the incidence of GBS increases with age. While the disorder is rare on its own, it’s especially rare among people in their 20’s and 30’s and is more common among people in their 60’s and 70’s. But what experts are seeing is unusual. “One thing that has struck us is the cases have tended to be disproportionally young and relatively healthy,” Sejvar said. “We are seeing quite a few 20, 30, 40 year olds who are otherwise healthy.”

In addition, the cases appear particularly severe. “Over time people often get better, but one thing that we have noticed is that even among otherwise healthy people, six months later they are still having neurological problems,” Sejvar said. “Some can’t go to work or need help with daily activities. That’s something we found peculiar.”

As with microcephaly, it could be some time before researchers come to a definitive conclusion about the link between GBS and Zika, but the consequences continue to play out. In Colombia, three people reportedly died recently after contracting GBS. 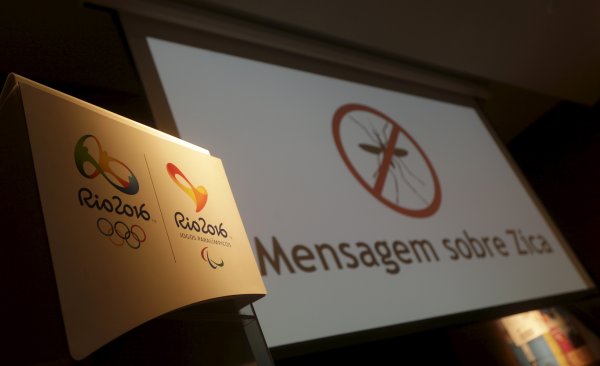