The CDC's Alcohol Warning Shames and Discriminates Against Women

On Christmas Eve, 2007, I was celebrating the holiday with my husband’s family—laughing, drinking, talking and singing karaoke with my newfound relatives. As the clock edged toward midnight, my father-in-law refilled the glasses, and I noticed that my sister-in-law hadn’t had a drink all night.

“We’re having a baby,” her husband crowed, before shrinking back in mock terror and hugging his wife for dramatic effect. “What have we done?” My husband and I laughed heartily, thankful that we weren’t the ones having a child. We poured more wine. We boggled at the turn his brother’s life was about to take.

After Christmas Eve came Christmas. Then a wedding. Then New Year’s Eve. I was 25, at the height of my life, working hard and enjoying the perks of being responsible for only myself, with money to burn and youth to spare.

I was also pregnant. With twins. And hadn’t known it. We found out in early February. What had we done, indeed?

Doctors said my conception date was Dec. 13, meaning I went through three major drinking holidays and an open-bar wedding without knowing my state. When I found out, the booze stopped immediately. But what if I was too late? What if fetal alcohol syndrome, a blanket term for disorders that can cause mental or physical birth defects, had already taken hold? I was constantly worried.

This is one of the many reasons why the scare tactic masquerading as a health recommendation from the Centers for Disease Control this week is deplorable. Since drinking alcohol is the only cause of fetal alcohol syndrome, and some women of child-bearing age drink and are not on birth control and sometimes have sex, the CDC deemed it appropriate to state as if it were scientific fact that “more than 3 million US women are at risk of exposing their developing baby to alcohol because they are drinking, having sex, and not using birth control to prevent pregnancy.”

Those are some shady numbers coming from a public health organization. Since birth control wouldn’t be a factor in women already developing a fetus inside of them, we must assume that the CDC is telling all women of child bearing age not to drink at all, in case they might accidentally fall pregnant. They are protecting a fetus that doesn’t exist. They are talking down to women who have the right to privacy, the right to monitor their own health like adults and somewhat of a right to bodily autonomy (unless they’re pregnant) and taken those away in the name of an imaginary baby.

The paternalism is stunning. Suddenly, it’s no longer a political question whether a mother’s right to her body outweighs the right of an unborn fetus inside of her. Instead it is a medical guideline that a woman’s right to her body vanishes if there is a mere possibility that a fetus might reside there someday.

Women are not incubators for people. We are people. People who can make choices about our own health and bodies, particularly when there are no phantom babies floating around in them.

This one recommendation is only the tip of the iceberg of problems with the CDC’s new guidelines. In an infographic, they state clearly up top that drinking too much alcohol puts women at risk for increased violence, sexually transmitted diseases, and unintended pregnancy. This is patently untrue. It is a blanket statement that stretches over a river of decisions that must be made by two people, not one. Unless alcohol grows arms and attacks a woman, or grows genitals and has sex with her, alcohol does not beat or impregnate women. Men do. These recommendations are another drop in the reservoir of blaming the victim and putting the onus of pregnancy on the woman’s shoulders. Getting unintentionally pregnant is not solely a woman’s fault.

In my case, I was on birth control when it happened to me, so what then? What are my recommendations? Turns out, I didn’t need shaming recommendations because my twins are healthy, happy, intelligent, well-behaved seven-year-old girls. I either dodged the world’s largest bullet, or, like science says, the occurrence of FAS is small.

All this aside, women are thinking, feeling, sentient beings who probably care very much about the wellbeing of their future children. We’re already scared we’re going to mess something up. We worry constantly about the welfare of our kids. We don’t need the extra, condescending guilt from our professional health services.

This message is unclear, it’s discriminatory, it blames victims, and it has no place on a governmental, science-based website that deals with health.

Take your shaming and get it out of my health care. 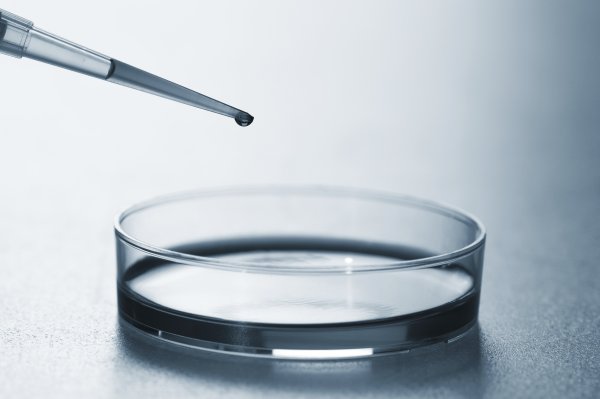 In Embryo Research We Need Laws First, Then Science
Next Up: Editor's Pick