The $2 Trillion Gift From Oil Companies to Consumers

One of the biggest mysteries of the last quarter is why the economy seems so weak. Sure, Chinese economic growth stinks, and Europe continues struggling with its own problems, but none of that should have a dramatic effect on U.S. growth. More importantly, U.S. consumers should have a tremendous amount of increased spending power thanks to gas prices that are the lowest they have been in a decade.

Yet U.S. stocks are in doldrums and analysts are increasingly predicting at least a slim chance of a mild recession this year. The benefit to consumers from low oil prices does not seem to be having the expected positive impact. Economists first started noting that last summer, and as oil prices have continued to fall, consumers have gotten richer, but no less frugal.

The aggregate market valuation of all U.S. stocks is roughly $26 trillion. Energy stocks make up about 10 percent of that. Yet since November 2014, energy stocks have lost average of about half their total value. This $1.3 trillion hit to the overall market cap of energy stock companies has transferred wealth from oil producers to consumers. Despite that, low oil prices are now being seen as a negative for the broader economy.

To get another view on how massive the wealth transfer has been for consumers, think about how much oil is produced per day. Around the world, production was roughly 94 million barrels per day for 2015. This production level should increase modestly in 2016 according to the EIA. With oil prices now around $20-$30 a barrel compared to $70-$80 a barrel a few years ago, consumers are saving roughly $50 per barrel of oil per day. Running through the math, that totals almost $2 trillion dollars per year in wealth that previously was flowing into oil company coffers and now goes elsewhere. This price boon may not last forever, but with oil prices already lower for longer than many expected, guessing when prices will rebound is a risky game.

Oilprice.com: Why U.S. Shale Is Not Capitulating Yet

The new normal of low oil prices is paying off not only for consumers but also for companies in other industries like airlines and plastics. Dow Chemical for instance recently announced outstanding earnings helped in part by low crude oil prices which bolstered margins in its plastics business. Stock analysts have been falling all over themselves to upgrade companies like DOW as the shifting realities of the oil market are creating lots of opportunities. Even if oil does eventually spike back to prices over $80 a barrel, a very rosy forecast indeed, prices have now been low enough for long enough that firms like Dow have had ample time to hedge their production needs for years to come.

That truth underlines a reality that investors need to get used to. The world seems to have changed. Even if oil prices do start to rise again this year, for many companies, the damage is already done to their balance sheets. Firms will go bankrupt and nothing can stop that. A trillion dollars is a vast amount of money, and when that much wealth changes hands, invested capital has to be redeployed to remain efficient. It’s impossible to say for certain, but that tectonic shift is likely what has caused recent economic weakness in the U.S. economy. Once the country finishes moving capital around and settles into the new reality of a riskier energy market, overall economic growth should start to pick up again. 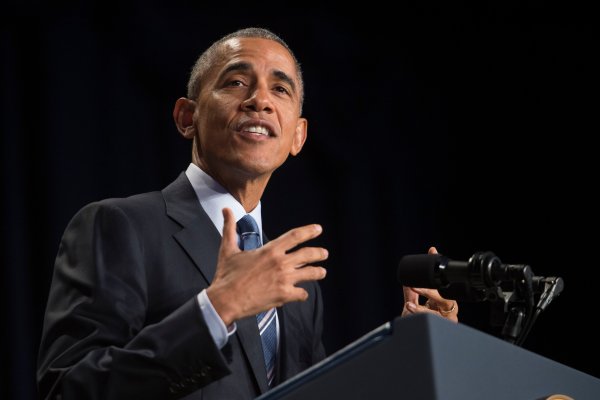 Obama Calls For Oil Tax To Fund Green Transportation
Next Up: Editor's Pick