For those doubting Donald Trump after a loss in Iowa, Fox News’ Megyn Kelly says not to give up on the Republican front-runner.

Kelly appeared on The Tonight Show With Jimmy Fallon on Thursday to discuss last week’s GOP debate and the Republican candidates, according to the Hollywood Reporter. Trump refused to participate in the debate because Kelly was a moderator, but Kelly dismissed the drama and defended her moderating skills.

“They kind of got it right in the kisser!” Kelly told Fallon. “That’s what you have to do — they want George Washington’s job. So, I’m a member of the press and we’re supposed to press.”

She went on to discuss her feud with Trump, which stems from remarks Trump made before, after and during the first Republican debate back in August. Kelly said that she thought the debate hurt Trump in Iowa, but that doubters should think twice before counting him out.

“I think he thinks it hurt him. It was basically his last job interview with the Iowans and he skipped it, Kelly said. “He’s electrified the Republican base. Don’t count him out.”

Trump currently leads the Republican field nationally, with a nine-point lead over Texas Sen. Ted Cruz, according to a recent Quinnipiac University poll. 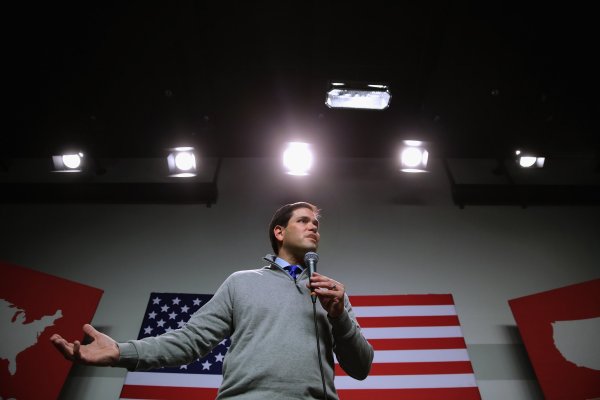