Watch the Best Split-Screen Moments From the Fifth Democratic Debate

The Democratic debate Thursday was the first in which only Hillary Clinton and Bernie Sanders were on stage.

Coming on the heels of a closely fought battle in the Iowa caucuses, that led to a lot of tense moments between the sparring candidates.

And, since this is television, that led to some great use of the great innovation: the split-screen.

See some of the best reaction shots from Sanders and Clinton during split-screens at the debate in this video. 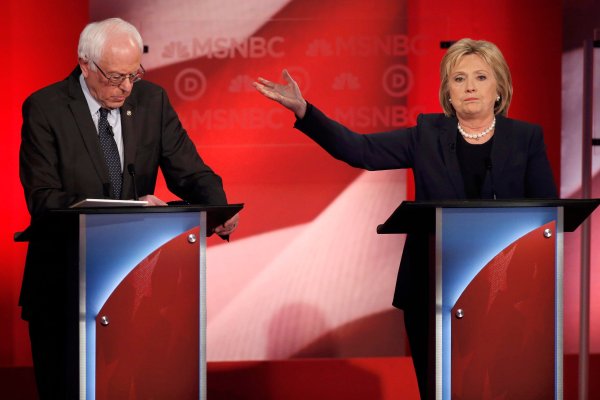 Watch the Fifth Democratic Debate in Under Four Minutes
Next Up: Editor's Pick