President Obama just threw down the gauntlet to the already-struggling U.S. oil industry.

He announced an ambitious proposal on Thursday to add a $10 tax on every oil barrel produced to fund a sweeping set of green transportation initiatives that would cost hundreds of billions of dollars and lower U.S. carbon emissions.

The plan has little chance of being approved by the Republican-dominated Congress, but the push shows how Obama is willing to tackle controversial initiatives in his final year in office. The news also highlights how fighting climate change has become one of his administration’s flagship issues.

Oil companies, which have been slammed by the plummeting oil prices over the past year and a half, will no doubt cry foul about the additional expense. Oil giants havebeen reporting their worst quarterly and annual earnings in decades.

Obama’s plan is a clear move to lower the use of oil for transportation domestically. The administration said, “by placing a fee on oil, the President’s plan creates a clear incentive for private sector innovation to reduce our reliance on oil and at the same time invests in clean energy technologies that will power our future.”

Any added tax per barrel of oil would likely be passed onto consumers, who have benefited from some of the lowest gas prices in years. Low gas prices have long been a boon to consumer’s pockets and often the overall economy, but this time, economists are worried that the industry’s decline and the loss of hundreds of thousands of oil and gas jobscould hurt the U.S. and global economies.

As Politico reports, the plan could put the Democrats, and the Democratic presidential candidates in an awkward position. Hillary Clinton has largely sided with Obama on many issues, but an oil tax, leading to higher gas prices, may be too controversial in oil producing states for her to support. 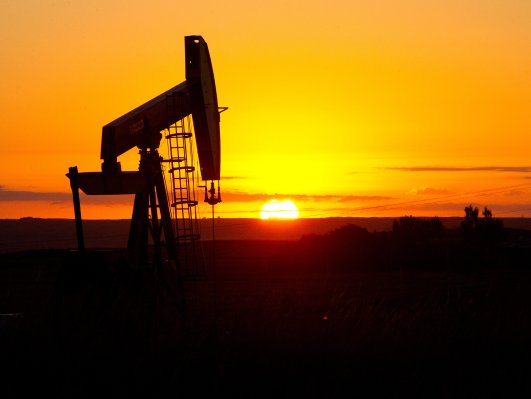 Obama Proposes $10 Per Barrel Oil Tax
Next Up: Editor's Pick