How Sanders Echoes Cruz on Electability

Bernie Sanders and Ted Cruz are on the opposite ends of the political spectrum. But on one subject, they sound very similar: their own electability.

At Thursday’s Democratic debate in New Hampshire, the Vermont Senator was pressed by moderators on how he could win the general election.

His response: By getting more irregular voters to show up.

“Democrats win when there is a large voter turnout; when people are excited,” he said. “I believe that our campaign up to now has shown that we can create an enormous amount of enthusiasm from working people, from young people, who will get involved in the political process and which will drive us to a very large voter turnout.”

Sanders’ argument echoed one that’s been made by Cruz about his conservative candidacy.

“There are a lot of folks in Washington who argue that the way Republicans should win is that they should nominate a candidate from the mushy middle,” Cruz told Fox News in 2015. “The way Republicans win is we paint in bold colors, not pale pastels—pale pastels is a path to losing.” 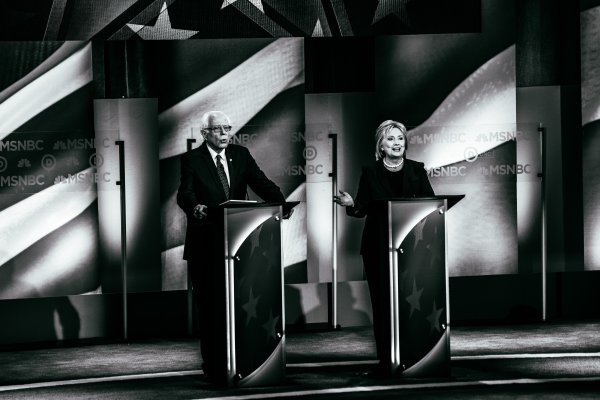 Democrats Divided on Question of Wall Street
Next Up: Editor's Pick