X-Games athlete Dave Mirra poses in the half-pipe at his training facility in Greenville, N.C., June 24, 2005
Gerry Broome—AP
By Will Robinson / Entertainment Weekly

Dave Mirra, the BMX champ and former host of MTV’s Real World/Road Rules Challenge, has died of an apparent suicide, police in Greenville North Carolina said in a statement. He was 41 years old.

Mirra won 24 X Games medals — the most ever for any competitor until skateboarder Bob Burnquist passed him in 2013. He nabbed the first of his 14 gold medals in 1996 and his final one in 2005. Mirra’s success as a biker led to a BMX videogame series, Dave Mirra Freestyle BMX. He also raced for Subaru’s rally car racing team.

Mirra was born in New York on April 4, 1974. His career began in 1992 and was almost ended a year later, when he was hit by a drunk driver, according to his website. But he still was able to compete in the inaugural X Games in 1995.

That same year, he followed in his brother’s footsteps and moved south to Greenville, which eventually became a hotbed for bikers, earning the nickname “Pro-Town, USA” for its high concentration of BMX pros living there.

“We mourn the loss today of a great friend and wonderful human being who touched the lives of so many around the world with his gift,” Greenville Mayor Allen Thomas said in a statement. “He called Greenville, North Carolina home and was as humble a guy talking with kids on a street corner about bikes as he was in his element on the world stage. A young life with so much to offer was taken too soon.”

In 2004 and 2005, Mirra hosted two seasons of MTV’s Real World/Road Rules Challenge series: The Challenge: The Inferno and The Inferno II. His hosting successor was fellow biker and friend T.J. Lavin, who on Thursday shared an Instagram photo of himself, Mirra, and two other friends, paired with the caption “Really love you guys.”

Mirra is survived by his wife, Lauren, and two children. 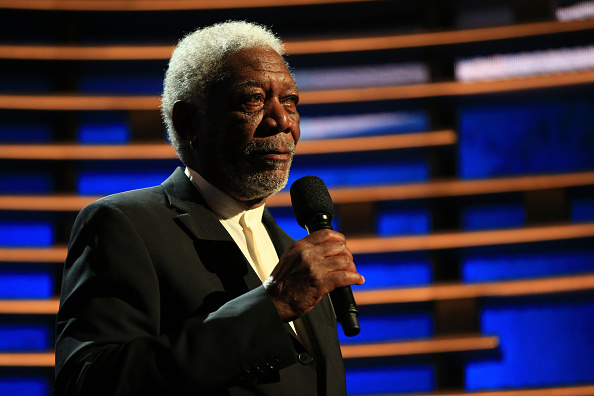 Morgan Freeman on Diversifying Hollywood: 'We Need Writers'
Next Up: Editor's Pick