Parenting Tips for the CDC

CDC
Ideas
By Belinda Luscombe
Luscombe is an editor-at-large at TIME and the author of Marriageology: The Art and Science of Staying Together.

It’s got to be exactly zero fun being you. Your job is to be that overly anxious parent at the playground ruining everybody’s fun. Except instead of shrieking “Stop running with sticks!” or “Monkey bars are only for monkeys!” or “Playing catch-and-kiss is tantamount to sexual assault!”, you have to tell 100 million-plus cranky opinionated Americans what’s bad for them.

But I think we have to agree you hit a new low with your advice to women about alcohol. Way far off in the distance we can see your intentions, and they were good: to cut down on the cases of Fetal Alcohol Syndrome, which everybody agrees is serious, bad for babies and a public health issue.

In your new report you estimate that 3.3 million women of childbearing age are at risk of giving birth to disadvantaged and disfigured children, because these women don’t stop drinking, don’t stop having sex and don’t use birth control.

Obviously hundreds of millions of women have had a glass of something while pregnant and their kids have been fine. To ban alcohol altogether is a conservative position, but, hey, you’re the CDC. Control is right there in your name. So fine, warn women to lay off the sauce while they’re preggers, or if they’re thinking of becoming pregnant. It’s the safest way. We parents love safest ways.

But what the H-E-double hockey sticks were you thinking when you recommended that “doctors, nurses, or other health professionals should screen every adult patient,” no matter if she wasn’t pregnant or trying to get pregnant? “Drinking too much,” you claim, “can have serious complications including sexually transmitted diseases, fertility problems and unintended pregnancy.”

And what, please tell, is your definition of too much? More than one glass a night. One. 1. Uno. Ein. A. Women who have more than a glass a night are on an expressway to personal ruin and there’s no off ramp.

Have you not left out a few significant steps here? Woman gets home after a hard day, slips off her work shoes, pours a nice little white wine spritzer, tops it up, and boom, chlamydia? Takes another sip and bam! She’s accidentally got three kids under five and 18 years of hard labor ahead?

What you’re saying, we suspect, is that women who drink heavily may make choices that may lead them to have sex with a person who may give them a disease or a child.

Under the same logic, you, dear CDC, should advise that health professionals screen women for all sorts of things that lead to impulsive nooky: recent viewings of The Notebook, posters of shirtless Channing Tatums, exposure to cozy fires on rainy weekends and, oh, yeah, dating. Dating may lead to sex too. And drinking.

And you’ve probably already made the infographic that advises all men not to drink, since it can have serious complications, including broken noses, identity thefts or unpleasant awakenings in New Jersey. Not to mention paternity suits or arrests for sexual assault, after they’ve made a few poor choices of their own.

One thing we parents know is that we have to treat all our kids equally, right?

I feel bad saying all this, CDC. As a parent who can’t help doling out advice, I know so much about wanting to help and making a hash of it. We should get together and commiserate. Maybe over a coffee? 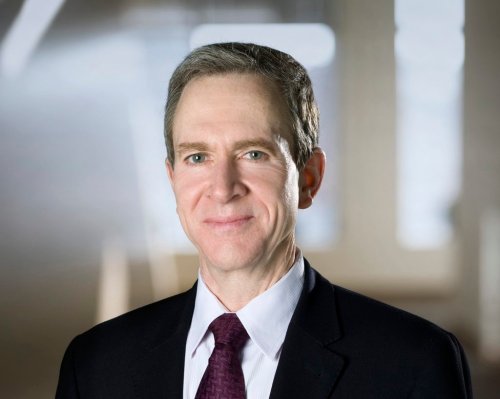 Fear Must Not Dictate Zika Policy
Next Up: Editor's Pick