Former President George W. Bush is making his first TV advertising appearance of the 2016 presidential campaign, in a spot for the super PAC backing his brother Jeb’s White House bid.

The 30-second spot for the Right to Rise super PAC, reported by Politico, touts Jeb Bush’s “experience and judgement” ahead of Tuesday’s New Hampshire primary, where Bush is under pressure to perform well.

“The first job of the president is to protect America. The next president must be prepared to lead. I know Jeb. I know his good heart and his strong backbone,” George W. Bush says in the ad. “Jeb will unite our country. He knows how to bring the world together against terror. He knows when tough measures must be taken. Experience and judgment count in the Oval Office. Jeb Bush is a leader who will keep our country safe.”

The former President has been minimally involved in his brother’s campaign. He wrote a letter that was circulated to Iowa Republicans, encouraging them to caucus for Jeb Bush, according to the Washington Post. But the ad will be the most public push by George W. Bush to rally voters around his brother. 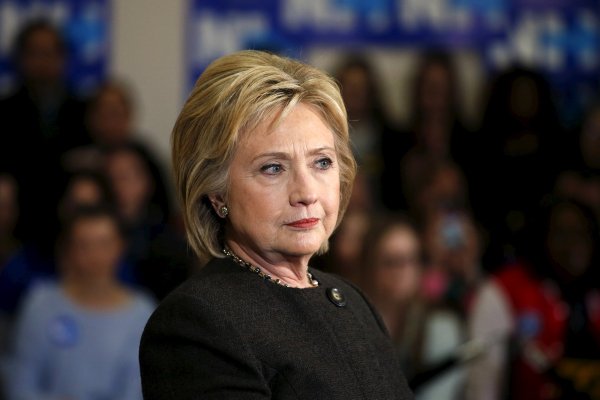 Hillary Clinton Outraised By Bernie Sanders in January
Next Up: Editor's Pick