Review: Hulu's 11.22.63 Revives King—and Tries to Save the President

Sarah Gadon, as Sadie Dunhill, and James Franco, as Jake Epping, in 11.22.63.
Hulu
By Daniel D'Addario

In years gone by, Stephen King adaptations were television events, shown on ABC over several nights, terrifying the whole family. (Just ask viewers who caught a glimpse of It‘s Pennywise the clown as children if they remember it—but be prepared to provide some light counseling.)

Today, though, streaming services are where ambitious TV events live, and so Hulu will be rolling out its eight-part King adaptation 11.22.63 once a week starting Feb. 15. The premise—thrusting a contemporary teacher (James Franco) back in time with a mission to stop Lee Harvey Oswald from killing John F. Kennedy—is simple and dispensed with quickly. It’s so simple, in fact, that conspiracy theories don’t enter into it. King knew, in writing his 2011 novel, that preventing an infamous tragedy had primal appeal; the team behind the miniseries gets the added advantage of luxurious period visuals.

It’s unfortunate, though, that Franco is at this project’s center. Though he certainly reads as contemporary, he’s not committed enough to the show’s strangeness to compel us. Far better is Sarah Gadon, a Canadian actor who’s excelled in the films of David Cronenberg. She presents the sort of allure that might keep a time traveler from achieving his objective.

Eight episodes, here, is too many; the series goes down several blind alleys before it gets to Dealey Plaza. But its best moments thrum with tension, as when the past rebels against our hero, trying to repel him. You probably shouldn’t try to go back to the past. But whether it comes to changing history or reviving a genre, it’s too tempting not to try. 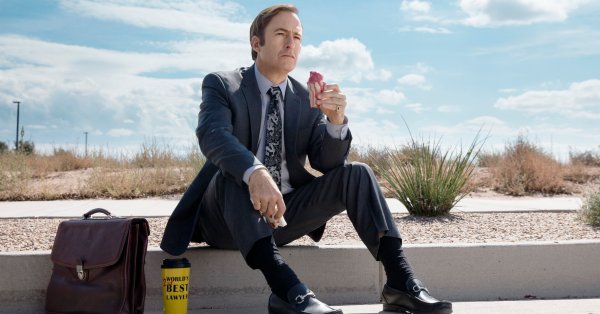 A Better Better Call Saul Proves It's Broken the Spinoff Curse
Next Up: Editor's Pick