We Need to Change How We Teach Black History

Columnist and Black Lives Matter activist Shaun King recently wrote that Black History Month should not begin and end with lessons of American slavery. This is exactly right but for reasons somewhat different from the ones that he puts forth.

School children, as well as adults, should understand the breadth of black heritage. When we study any other group, we recognize the fullness of their humanity. Just as we should never forget the pain of the Holocaust when we talk about Jewish history, we do not often begin discussions with that horrific event. When you recognize a group’s humanity, you understand that these historical moments were preceded by their own socio-historical contexts.

Well before the rise of European imperialism, the peoples of Africa had their own empires and political systems. In West Africa, the fall of the Songhai Empire and ensuing civil wars left its people vulnerable for colonial exploitation and enslavement. Points in history are also related to events that occur years later and influence current perceptions and policies. Stereotypes of African American men as strong but not smart and women as hypersexual can be traced to common perceptions of enslaved Africans.

I am not suggesting that people should know the vast history of Africans just for knowledge’s sake or for a sense of cultural pride, although each is important. People should learn this history because everyone should know that my black ancestors were humans, not slaves. These Africans were kidnapped and later enslaved.

Enslaved Africans brought culture and norms with them that impacted their language, diet and spirituality. When enslaved Africans are described as slaves instead of as humans, the harms they suffered are diminished. Take, for example, Scholastic’s unfortunate decision to publish a children’s book called “A Birthday Cake for George Washington” just in time for Black History Month. It shows the pervasive misunderstanding of the African American experience.

This modern-day slave book, which was recently rescinded by the publisher, portrays the life of Hercules, George Washington’s enslaved master chef. I don’t know whether it is ironic or blatant indifference to write a book about Hercules having so much pride in baking a grand birthday cake for George Washington while omitting that he escaped bondage on a subsequent birthday. It should be understood that people can have pride in their work, or even a privileged position within the hierarchy of slavery, yet still know they are oppressed and still seek their freedom. If Hercules’ humanity were accepted, then the authors and publishers would understand that a skewed depiction of happy slaves is neither refreshing nor new.

I vividly remember that my elementary history book included depictions of grinning enslaved Africans playing the fiddle, couples dancing and babies toddling about in its two-page section on slavery. I remember being uncomfortable then, and it disturbs me that these or similar images continue to be the introduction to black history for so many people.

Which leads to this point: The ways in which we teach black history need improvement.

Incessantly reciting lists of black inventions and firsts without discussing the contexts of the accomplishments provides only a shell of what Carter G. Woodson intended when he initiated our annual celebration of black people. For example, Benjamin Banneker, who was a freeman and prolific scientist, is most often recognized for being a key surveyor of Washington, D.C. What is not typically discussed is that he gained much of his scientific knowledge from his formerly enslaved father, who was from a learned Wolof family. The Wolof people (in present day Senegal) are an ethnic group that was once part of the Songhai Empire — known for its cultural and intellectual hubs. This context provides insight about how Banneker, with little formal education, would become a scientist and surveyor, among other accomplishments. 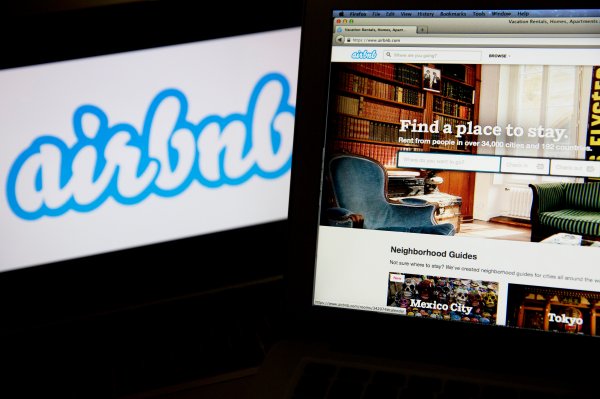 College Student May Face Expulsion for Listing Dorm Room on Airbnb
Next Up: Editor's Pick