Pentagon Offers Egg-Freezing, But What If Women Are Drafted?

Right now, egg-freezing is an option for rich professional women, but it soon could become commonplace for female soldiers. Amid an ongoing discussion over whether women should register for the military draft, Defense Secretary Ashton Carter has announced a $150 million pilot program to cover sperm and egg-freezing for active duty troops.

The program was mentioned in a speech last week along with several other initiatives to make it easier for troops to have families, presumably in order to attract more millennials into military service and retain talented female soldiers. Many of the proposals are excellent, including extending paid maternity leave, extending subsidized childcare, and allowing service members to stay at their station for family reasons. And it makes total sense to extend the option of freezing their eggs or sperm to service members who are facing potentially debilitating injuries.

“For us, this is a suite of benefits to make military lives more family friendly,” said Brad Carson, Acting Principal Deputy Under Secretary of Defense for Personnel and Readiness. “Irrespective of how one comes into the force, it’s about making military life more compatible with family life.”

The draft isn’t a reality yet, but the Chief of Staff of the Army and the Marine Corps commandant have both testified that they think it should happen. Democratic presidential candidate Hillary Clinton said in Wednesday night’s Democratic town hall that she’d “have to think about whether I think it’s necessary,” but she sounded open to the idea. And now that women soldiers have won the long fight to be considered for combat positions, registering for the draft seems like a logical next step. Carson called a draft a “far flung contingency,” and such a remote possibility that it’s “not at the forefront of anyone’s mind.”

Taken separately, each of these moves makes perfect sense. But when taken together, they raise troubling questions about the military’s role in fertility choices for a generation of women facing compulsory military service. Will egg-freezing transform from a rare reproductive option into a military expectation?

Read More: The Truth About Freezing Your Eggs

If so, that’s a huge problem. Because despite the marketing hype touting egg-freezing as an “insurance policy,” there’s very little research to prove how well it actually works. The procedure is so new that the vast majority of women who have frozen their eggs haven’t gone back to thaw them and attempt a pregnancy, so it’s almost impossible to know how many babies will actually be born, and whether they’ll have any genetic or developmental problems.

The most comprehensive numbers to date, assembled by former chairman of the Society of Assisted Reproduction registry Dr. Kevin Doody exclusively for TIME, paint a clearer picture. More than 6,000 egg-freezing cycles were completed in 2014. But of the 718 thaw cycles that year, 162 resulted in a live birth. That’s a success rate of just over 22%.

Because the procedure is so new and so expensive, most of the women who have already frozen their eggs are older, which affects the viability of their eggs. So the current numbers reflect the live birth rates for eggs that were mostly frozen by mothers in their mid-to-late thirties. And since the risk of chromosomal abnormality increases with age, live birth rates are lower for older eggs. So live birth rates for twenty-something soldiers may be slightly higher than 22%.

But even with youthful eggs, freezing doesn’t work all the time. It doesn’t even work most of the time. That’s because egg-freezing only works as well as in vitro fertilization (IVF), and IVF is hardly foolproof. In women under 35, IVF has around a 40% success rate—by 42, that success rate drops below 5%. The appeal of egg-freezing is that women would theoretically be able to preserve their IVF success rate for the age at which they froze their eggs (so a 39 year old could attempt an IVF pregnancy with her own 29-year old eggs) but even in the best-case scenario with the youngest, healthiest eggs, the odds are not in her favor.

“There’s a demand for this from women in the forces, so we’re saying ‘we’re going to make life better for you,’” Carson said, noting that the military wanted to be “as progressive an employer as there is in the entire country.” Tech companies like Apple and Facebook offer egg freezing to employees.

If a civilian woman decides to take a calculated risk on her fertility because of her own life trajectory, that’s her prerogative, and more power to her. The same goes for women in the military who have made the choice to serve. But drafting women into the military and then giving them the “option” to freeze their eggs is another thing altogether. It raises questions about whether compulsory military service could pressure American women to put their fertility on hold using an invasive and ultimately risky procedure. And too often, “options,” especially when presented by an institution as powerful as the American military, can quickly turn into expectations.

Think about it: in a wartime scenario, would a female soldier truly feel that she had the option to step away from the Army to have children on a natural timeline? Or would she feel a patriotic duty to take the military up on its offer, freezing her eggs and artificially delaying her chance to have a family? If so, she’d be getting a raw deal.

Of course, men who serve in the military also risk their chance to have a family, whether by death or by injury—but they’re not on the same fertility timeline as women soldiers. Male veterans who leave the military in their mid-to-late thirties would still have plenty of time to have kids, women veterans would not. The Pentagon’s egg-freezing plan sounds like a fair, high-minded solution to this tough problem.

If only it worked better. 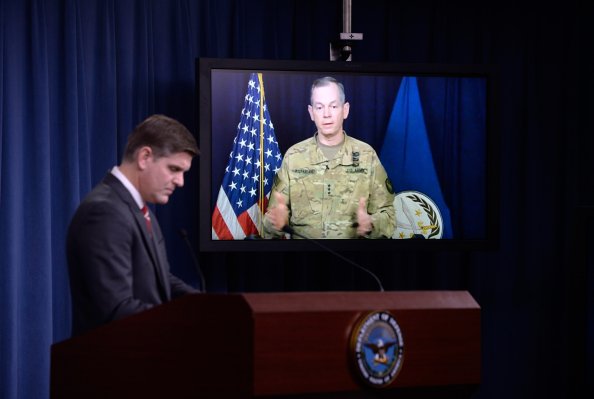