With funds drying up, Ben Carson is firing staff members and cutting back on expenses.

According to the Washington Post, the former neurosurgeon will begin cutting more than 50 people from his staff Thursday, mostly from his campaign headquarters in Virginia.

Other people’s salaries will be reduced, the number of people who travel with Carson will shrink, and he may begin flying on commercial flights rather than private jets.

“A key tenet of Dr. Carson’s philosophy and campaign is fiscal responsibility, to that end, he realized that the practices of the past had to be fine-tuned and refined in order to pave the way for a leaner and more efficient organization,” the campaign said in a statement. “Regrettably, this action is affecting various team members throughout the campaign, as the realignment of positions and responsibilities necessitated the reduction of personnel. Their hard work and dedication to the campaign is greatly appreciated, and will not be forgotten.”

“Dr. Carson is going to get his campaign lean—really lean,” Carson confidant Armstrong Williams told the Post. “One issue for a while has been too much infrastructure and he has decided to fully address it so that he can sustain his campaign until the convention.”

Speaking to reporters at a press conference Wednesday afternoon, before the staff cuts were made public, Carson said he would continue campaigning despite finishing in fourth place in Iowa and polling much lower in New Hampshire. “One of the things they say represents America is baseball,” he said. “Have you noticed in a baseball game, there are nine innings and you don’t call the game after the first inning or two? There’s a reason for that.” 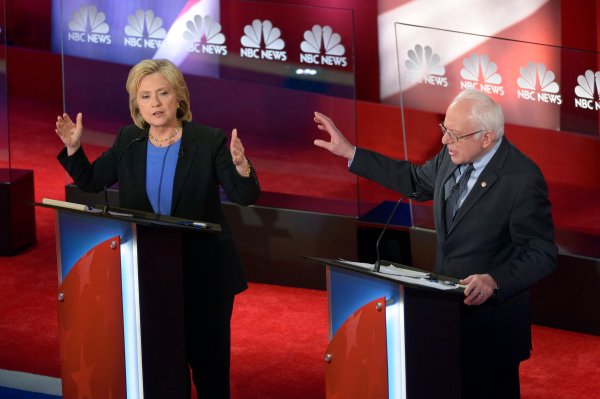 How to Watch Tonight's Democratic Debate
Next Up: Editor's Pick