New Allegations of Sexual Abuse by U.N. Peacekeepers Leads to Calls for Change

United Nations peacekeepers patrol outside a vote-counting center for the presidential and parliamentary elections in Bangui, Central African Republic, an. 2, 2016.
Issouf Sanogo—AFP/Getty Images
By Aryn Baker

War forces difficult choices. For one young woman in the Central African Republic [CAR], where a war between Christian and Muslim militias has divided the country and displaced hundreds of thousands, the choice was between selling her body and starving. Like other women in similar positions, she survived by bartering sex for food and money from United Nations Peacekeepers stationed at the nearby Bambari military base. Then, one day in late 2015, U.N. soldiers jumped her on her way to the base. They gang raped her and threatened to kill her. “I didn’t want to have sex with them, but when I went to visit their base they took me into the bush,” she told Hillary Margolis, a researcher for Human Rights Watch’s women’s rights division. “There were three of them on me. They said if I resisted they would kill me. They took me one by one.”

Margolis was in the Central African Republic in January to document cases of sexual violence committed by local militias. She wasn’t expecting to report on crimes committed by the very peacekeepers tasked with protecting civilians from that violence. Overall she documented eight cases of sexual abuse by U.N. soldiers from the Republic of Congo and the Democratic Republic of Congo, including three cases of rape against 13 and 14-year-old girls. “It was just one atrocity after another,” says Margolis. “These women, they had already lost so much, and then they are put in positions where they are hungry and vulnerable, and then they are raped, and now they can’t even go to the base for resources because they are so afraid.”

Human Rights Watch’s findings, which were disclosed first to the U.N. and then made public on Feb. 4, are just the latest in a slew of revelations about peacekeeper abuses in the Central African Republic. On Jan. 29 the U.N.’s human rights office said that it had uncovered six cases of alleged sexual abuse against children—including a 7-year-old who says she traded sex for water and biscuits from French soldiers—committed by European troops serving as part of a European Union peacekeeping mission in CAR in 2014. Troops from Georgia, serving with the E.U force, were also implicated. The same day, the United Nation’s Assistant Secretary-General Anthony Banbury nearly broke down in tears during a press conference as he described new allegations that U.N. personnel from Bangladesh, Congo, Niger and Senegal had abused at least four other children in CAR in 2015. Of the 77 confirmed allegations of sexual abuse and exploitation in the U.N.’s 16 peacekeeping missions around the world, more than a third were in CAR, according to Human Rights Watch..

As bad as the numbers may be, says Margolis, the U.N. is working diligently to address the issue. The problem is that certain policies, born of a bureaucratic system that requires consensus from member nations, can sometimes get in the way. Troop contributing nations, not the U.N., are responsible for prosecuting their soldiers, says peacekeeping operations spokesman Nick Birnback. “Everyone who works in U.N. peacekeeping continues to feel embarrassed and frustrated by this issue [but] the ultimate responsibility for the troops’ actions lies with the member states in question. They are responsible for prevention and discipline.” But up until now, there is little to ensure that the countries follow through. Far too often, says Margolis, cases of rape or sexual exploitation by peacekeepers are dismissed as a conduct issue, not a crime that stands to undermine the whole notion of U.N. peacekeeping. “It diminishes the efficacy of the mission. If the local population doesn’t trust the U.N., if they don’t look to the U.N. for security, if they won’t come to the U.N. with information, then what are U.N. peacekeepers really achieving?”

Trials, when they do happen, take place in the soldier’s home countries. Rarely are the results made public, which means that survivors don’t get the kind of closure they need, says Pablo Castillo-Diaz, who works on sexual violence in Conflict at U.N. Women. Nor does the community see that justice has been served, leading to a greater sense of soldiers’ impunity. “Both the community and everyone involved in peacekeeping and humanitarian response needs to know that there are real and serious consequences,” says Castillo-Diaz. “We have to be able to show both to the affected community and the international community that we address this issue with the utmost urgency, diligence, and compassion for the victims.”

As an organization, the U.N. has few disciplinary powers of its own. It can repatriate offending troops back to their home countries, and it can prevent offending countries from sending troops to other engagements. But in the case of CAR, options are limited. U.N. officials point out that CAR is at a particularly delicate moment, and repatriating a battalion accused of committing sexual abuses could lead to even greater problems. CAR is in a crucial election that, if it goes smoothly, could lead to the end of the conflict. The troops in question are guarding a volatile frontline, and it would be difficult, politically and logistically, to get fresh troops in their place.

Margolis hopes that the spate of new allegations will become a tipping point for stronger action. “If there is one good thing to come out of all this, it is that it has become such an embarrassment that it is forcing the U.N. to take a hard look at policies that can, and should, be changed.” Even before HRW’s findings came out, U.N. General Secretary Ban Ki-Moon broke custom by explicitly naming, and shaming, the countries involved, and he says that he will continue to do so in upcoming reports on the issue. It’s a start, says Margolis. “Without accountability, people will continue to get away with this. These soldiers are put in a position where it’s easy to perpetuate these crimes, and if they are not held responsible, and if their commanders are not held responsible, these crimes will continue.” 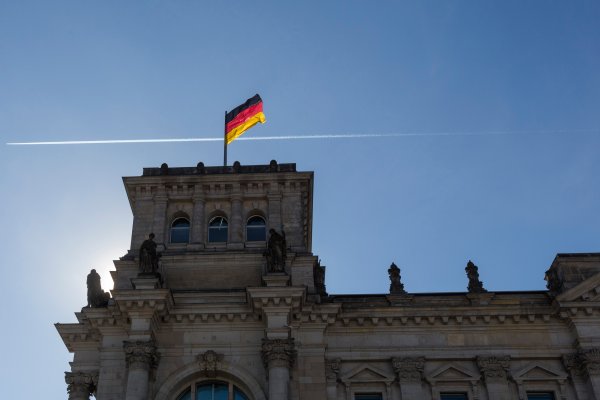