Photograph by James Nachtwey for TIME

Hillary on the Race, Her Rivals, and Angry Voters

The Politics and the Law

In Our Overdocumented Lives, Letting Go Has Gotten a Lot Harder

Every memory lives on in the digital world

Ken Speaks: ‘I Will Always Love Barbie, No Matter Her Size’

‘If you love Barbie like I love her, you have to let her change—because if you don’t, the Elsa dolls have won’

Review: Fighting the Undead in Pride and Prejudice and Zombies

Josh Brolin stars in an love letter to Hollywood that doesn’t quite hang together, but could make one hell of a highlights reel

Be afraid. Be, well, only a little afraid

With the debut of Full Frontal on TBS, theDaily Show alum becomes the only female late-night host. Her pitch: “Watch or you’re sexist”

And tries to save a president

Air Bonsai, a miniature tree that rotates in space, has raised more than $600,000 in less than two weeks on Kickstarter–more than quintuple its goal. Here’s how it works, according to its Japanese creators, Hikaru Hoshi and Masanori Imayoshi.

Lessons from the small screen

Why a Scandal Won’t Stop Abenomics

Inside the Fossil Fuel Fight in the Pacific Northwest

The thin green line in Oregon

Obstacles on the Road to Peace In Syria

What Marco Rubio Must Do Next

He prospered by laying low. Can it last?

The first caucus may be over, but its results will affect campaigns for months to come

Leo, the Bear and the Confounding Oscar Race of 2016

Inside the competition for the Academy Awards

What to Do With Winter Squash

Five gourds to live by

The Importance of Being Little

Retirees’ Biggest Asset May Be Hiding In Plain Sight 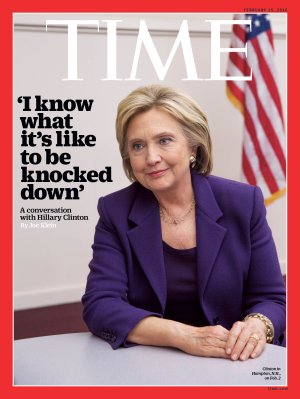 Hillary Clinton Talks Campaign Battle Ahead
Next Up: Editor's Pick