It’s got to be hard to attempt to follow one of the most successful drama series of all time. But Jimmy McGill is a striver. Last year Jimmy, a con artist who dreams of success as a lawyer, entered viewers’ lives on AMC’s Better Call Saul. He’s the younger version of the Breaking Bad lawyer Saul Goodman, before he changed his name and realized he could use the law to pull off even better scores.

Yet too often, the series felt like a set of delicious ingredients that didn’t add up to a nourishing meal. Lacking Breaking Bad’s relentless forward momentum, Better Call Saul noodled around the Albuquerque, N.M., legal scene and showed us, again and again, how much fun it is to pull off a score, whether against a barfly or the justice system.

Although comparisons between the shows have often been unflattering to Saul, Jimmy (played by Bob Odenkirk) has finally earned a break. In its second season, beginning Feb. 15, Better Call Saul allows us into a new world of complexity by deepening one of the show’s pivotal relationships. It’s the best-case scenario for a spin-off: a show that occupies a familiar world but opens up entirely new themes.

As the season begins, Jimmy is indulging a belief in the “sunk-cost fallacy.” He’s prepared to abandon the legal career he spent the show’s first season working for, receiving in return nothing but signs that he was in the wrong field. We learn as much early in the second season: “There’s no reward at the end of this game!” he snarls, drinking cheap liquor at the bar of a janky resort hotel where he’s holed up to feel sorry for himself.

Like all the other setups on this show, the scene is honest enough about its characters’ failings and committed enough to a grungy aesthetic to hold our attention. (And like much that Jimmy says, it’s not meant entirely in earnest: he’s not done with the law yet.) But the scene pays off thanks to the performance of the person listening.

That’s Rhea Seehorn, playing Kim, an attorney with whom Jimmy shares a complicated history. Kim has always been among the show’s bright spots. Now she takes center stage as she and Jimmy explore what they mean to each other. Their similarities make for riveting television; in this season’s premiere, Jimmy and Kim team up to pull off a small-scale heist that provides them some cheap thrills and provides us a gleefully askew date scene.

It’s as romantic a notion, in its way, as I’ve seen on TV in ages. The ways in which Jimmy and Kim differ draw out themes that last season’s Saul didn’t have the tools to express. Kim wants to be a part of the system in order to do work in which she believes; Jimmy wants to better his own position, and if he helps people, that’s nice too.

He may be seasons away from becoming Saul. But Jimmy’s journey feels far more directed when given a counterpoint as tough and alluring as Kim, a character whose frankness and sharp legal mind make her something far more than a love interest. And Seehorn’s ability to wistfully convey ambivalent hope for Jimmy makes Odenkirk better.

That’s saying something, given the position of strength from which Odenkirk, long known as a comic actor, begins any project. The duality Odenkirk is playing is less good vs. evil than sad clown. When he’s working, amid indignities that block his attempts to impress Kim and his reclusive-genius brother (Michael McKean), we see his mind racing through his jagged, hasty speech. But as soon as things slow down, when Jimmy stops to contemplate his place in the universe, something shatters.

This, more than ever, is the strength of Better Call Saul. It makes the specific details of one man’s attempt to assess where he stands relative to his ambitions feel as seismic as the sexier story we think we should be seeing, about a man giving in to pure greed. Breaking Bad became a cultural phenomenon by telling the morally unambiguous story of a man liberated by living on his own (horrifyingly amoral) terms. Now Better Call Saul asks the more nuanced question of just how much compromise a person can live with. Is Saul bad for cheating a mark out of a few hundred bucks? For involving himself in cases in which he doesn’t belong? For leading Kim on? Is he even doing so?

Jimmy believes in himself, at least. And Kim does, for now. She gives him a World’s 2nd Best Lawyer mug and tells him, “Second is still very good.” Sometimes giving up on your ideals isn’t a flashy or dramatic process. Sometimes it’s just a matter of settling, as seen through a pair of profoundly perceptive eyes. 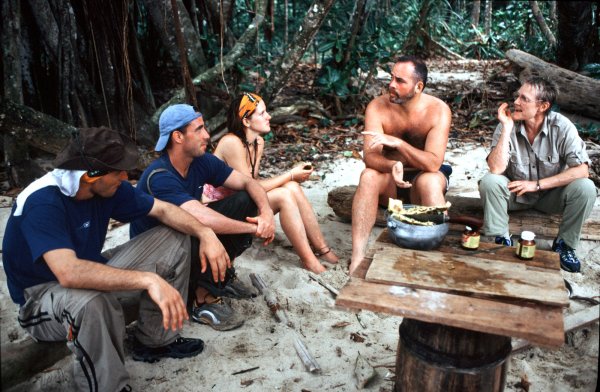 What Reality TV Can Teach the 2016 Candidates
Next Up: Editor's Pick