Review: Fighting the Undead in Pride and Prejudice and Zombies

The pleasures of Burr Steers’ Pride and Prejudice and Zombies–adapted from Seth Grahame-Smith’s zombified retooling of Jane Austen’s masterwork–are surprisingly sturdy, considering the enterprise is built on a fragile gimmick: Elizabeth Bennet (Lily James) isn’t just a Regency smarty but a ruthless slayer of the undead hordes that have invaded England. Still, this zombie-ridden world differs little from Austen’s: Elizabeth and her four sisters, including the eldest, Jane (Bella Heathcote), must ensure their financial security by finding husbands. Luckily, all are well versed in zombie slaying–but even though they’re better at kicking zombie ass than most men, they still need men for the day-to-day basics.

Elizabeth meets her match, in both romance and zombie-thrashing acuity, in Sam Riley’s Darcy: in an early scene, he dispatches a pesky brain eater with a broken sherry glass and later steps in to save Elizabeth from a seemingly benign dowager who’s really looking for a meal. But more often than not, it’s Elizabeth (or one of her sisters) who’s swooping in to save the gents. At its best, Pride and Prejudice and Zombies has some of the feisty energy of Buffy the Vampire Slayer: Elizabeth and her sisters pinwheel through the air like wuxia warriors, taking on the sluggish, witless invaders with weapons they’ve artfully sharpened themselves.

The novelty of Pride and Prejudice and Zombies wears thin in the last third, but Riley and James help carry it to the finish line. James glows with the understated dignity of a classic English rose, whether she’s wearing an empire gown or an intentionally anachronistic black leather corset. And Riley makes a dashing–and suitably inscrutable–Darcy. In Austen’s novel, Darcy’s social awkwardness, so intertwined with his integrity and his intelligence, is key to his appeal. Riley captures that essence: his prowess at clobbering mindless demon creatures is just a handy extra, like the ability to unscrew a stubborn jar cap or reach something on a high shelf. Our Elizabeth is fully capable of taking care of herself, but it’s still nice to have a man around the house, especially when zombies are afoot. 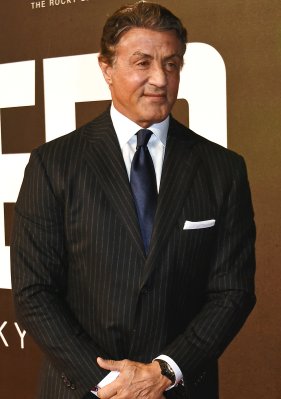