(Hooksett, NH) — Ted Cruz and Bernie Sanders are two senators that disagree on almost everything. But one of them seems to think they’ve got something in common.

At a campaign event in Hooksett, New Hampshire, the arch-conservative Cruz took a question about small businesses in an unexpected direction: by comparing himself to the uber-liberal Sanders. “Reporters comment with some regularity, that they say, ‘God, a lot of the time Cruz sounds like Bernie Sanders.’ And you know what? In many ways I agree with Bernie in diagnosing the problem,” Cruz said.

“The biggest divide we’ve got politically, it’s not between Democrats and Republicans,” Cruz continued to applause. “It’s between career politicians in Washington—in both parties—and the American people.”

Cruz went on to say that lobbyists and special interests have an outsize influence on government, stymieing competition and businesses. “And what we see in Washington is the Washington cartel, these career politicians getting in bed with the lobbyists and special interests, growing big business, growing the moneyed and powerful influences the influence and power of the administration,” Cruz said.

But the two have fundamentally different philosophies and there is hardly a policy opinion they would share. Sanders is in favor of greatly expanded government programs, including a single-payer healthcare system that Cruz has mocked in the past, as well as free tuition at public universities and large tax increases to fund them. Cruz has called for a vast downsizing in government and lower taxes.

Cruz recognized those differences too. “Now where Bernie and I differ is the solution,” Cruz said. “Bernie thinks the solution to government being fundamentally corrupt is to have a whole lot more government. I think that’s nuts. But I agree with the problem.” 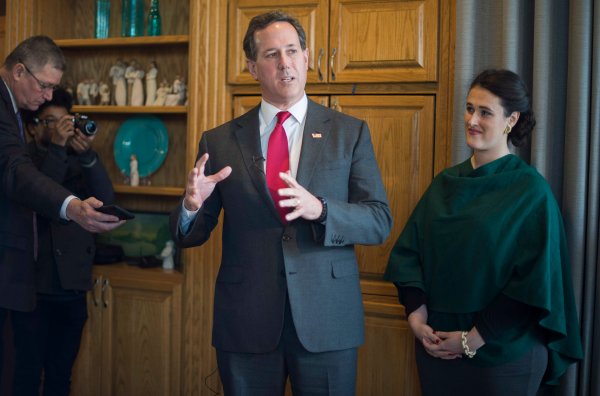