These Fish Species Are Most Vulnerable to Climate Change

Scallop and salmon are among the species of fish most vulnerable to the warming of ocean waters due to climate change, according to new research.

The study, conducted by researchers from the National Oceanic and Atmospheric Administration (NOAA) and published in the journal PLOS One, evaluated how more than 80 species will respond to their rapidly warming environment in the waters off the coast of the Northeastern United States. Species that can consume a wide variety of prey and survive in many different habitats tended to be less vulnerable to warming than their counterparts confined to one area and to a few sources of sustenance.

Some species, like anchovies, black sea bass and Spanish mackerel, may even benefit from climate change. But species whose populations will be negatively affected—including mussels, shrimp and pollock—far out number those whose standing will improve, according to the study. Others will be left largely unaffected. The results show 17% of the 82 species examined will benefit from climate change, while 83% will either be hurt or not affected by warming.

The research, which evaluated waters from North Carolina to Maine, is the first of several planned by NOAA to assess how vulnerable fish in the U.S. are to climate change. The results provide little indication about when the fish populations will begin to feel the pressure of climate change.

The new study adds to a growing body of research showing how climate change, unsustainable practices and other environmental changes threaten fish and fishing. As much as half of the fish catch by humans may have gone unreported between 1950 and 2010, according to research published last month. 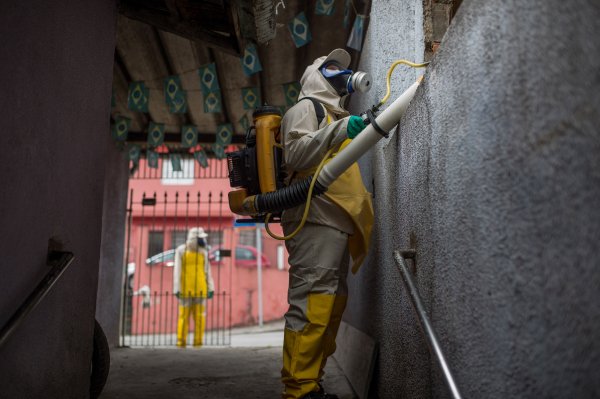 Climate Change May Spread Zika, Other Diseases
Next Up: Editor's Pick