Bob Elliott During a SNL Sketch in NYC, in 1975.
Owen Franken—Corbis
By Lindsay Kimble / People

Bob Elliott, one half of the longtime radio and comedy television duo Bob and Ray, has died, his son, actor Chris Elliot, told The New York Times on Wednesday. He was 92.

Bob, who died at his home in Cundy’s Harbor, Maine, started working with Ray Goulding on a local Boston radio station before transitioning to NBC radio, and, ultimately, to television from 1951-53.

The star often played straight man to Goulding’s more boisterous characters, and the pair took the act everywhere from The Tonight Show to The Ed Sullivan Show and, eventually, Broadway. After Goulding’s death in 1990, Bob continued on the airwaves, becoming a cast member of the American Radio Company of the Air.

In his later life, Bob appeared alongside Chris (as his father, appropriately) in the latter’s Fox series Get a Life and feature film Cabin Boy.

Bob, is survived by five children, 11 grandchildren – including Chris’ daughters, Saturday Night Live alum Abby and Bridey Elliot – and five great-grandchildren, according to the Times.

Chris and Abby, who share the distinction of being SNL‘s first-ever double generation of cast members, told PEOPLE back in 2009 that the comedy gene runs in the family.

“She had such a presence, and I remember thinking, ‘Oh my God. You’re going to be a star,’ ” Chris said of discovering her daughter’s talent at only 13. “But we pushed her. I wanted you to follow in my footsteps. It was all planned before you were born. I just thought you were going to be a boy.”

At the time, Bob marveled at his brood of stars: “Three generations,” he told PEOPLE. “We’re thrilled.” 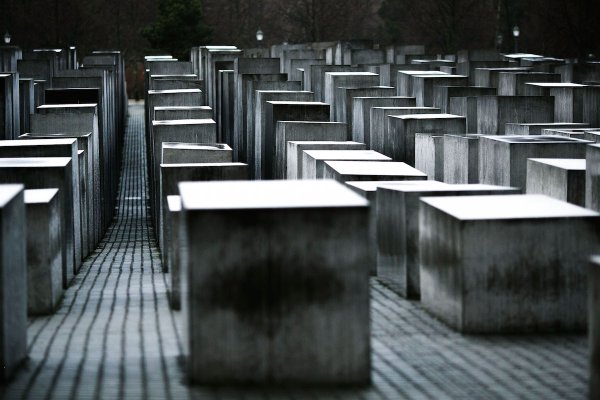 How Germany Got a Holocaust Remembrance Day
Next Up: Editor's Pick