Fiorina Fights to Get Invited to New Hampshire Debate

On a conference call with donors, supporters, and the press, Fiorina, the only woman in the GOP field, argued that she shouldn’t be excluded from the debate stage. The debate, hosted by ABC and sanctioned by the Republican National Committee, will not feature an undercard contest.

There are only three ways to make the stage: finish in the top three in Iowa, place in the top six in averages of national polls, on in averages of Granite State polls. Fiorina and former Virginia Gov. Jim Gilmore would be the only remaining candidates excluded under those criteria.

On the call, Fiorina argued that she over-performed Ohio Gov. John Kasich and New Jersey Gov. Chris Christie in Iowa, and has more cash on hand than either of them, adding she is over-performing Ben Carson in Granite State polls. Fiorina added that she is “tied with Jeb Bush in delegate count”—at one delegate to the GOP convention—even though Bush spent tens of millions of dollars more on his campaign. She also posted an open letter on Medium.

The public pressure tactic has worked for Fiorina before, causing CNN and the Republican National Committee to adjust the rules for the September debate in Simi Valley, California, to allow Fiorina to participate on the main stage.

As rivals Rick Santorum, Mike Huckabee and Rand Paul made their way to the exit after their distant Iowa finishes, Fiorina maintained she was in it for the long haul. “We’re going all the way to Cleveland,” she said. 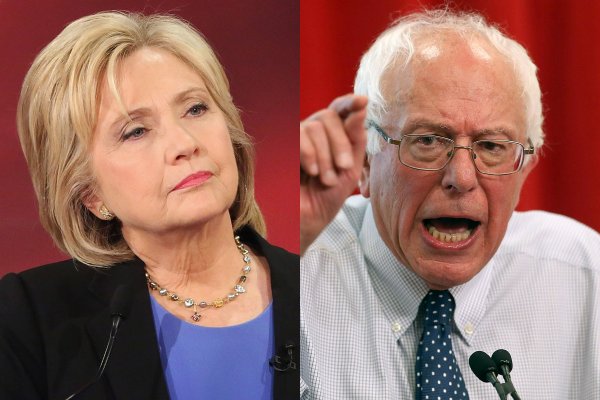 How Hillary Clinton Is Trying to Avoid Being 'Shrill'
Next Up: Editor's Pick