The 'Affluenza' Defense Is Older Than You Think

Most people were introduced to the concept of “affluenza” through the case of Ethan Couch, the Texas teen who was spared a harsh sentence in 2013 when his lawyer argued that Couch, who killed four people while driving under the influence, had been so coddled by his wealthy parents that he was unequipped to deal with consequences. (Couch and his mother are at the center of a new round of controversy after decamping for Mexico during an investigation into whether Couch had violated his probation.)

But while the affluenza defense may seem like a distinctly modern phenomenon–the term was coined in the late 1990s–its roots go back long before.

As shown by this exclusive clip from the new PBS American Experience documentary The Perfect Crime—premiering Feb. 9—a similar argument helped two of the most infamous criminals of the 1920s escape the death penalty. In 1924, Chicago students Nathan Leopold and Richard Loeb confessed to having kidnapped and murdered a 14-year-old boy just because they could, to demonstrate to themselves that they lived above the rules of society. After their confession, they seemed bound for execution—until legendary attorney Clarence Darrow stepped in.

Darrow brought in psychiatrists and other experts to show that the pair, both of whom were raised by governesses, had been stunted by their privilege. As Darrow biographer John Farrell explains in the clip, the lawyer argued that the killers’ sheltered lives made them victims, too.

The argument worked, earning Leopold and Loeb life sentences but no death penalty. It was a pivotal moment in the history of psychology in jurisprudence—one that is still playing out today. 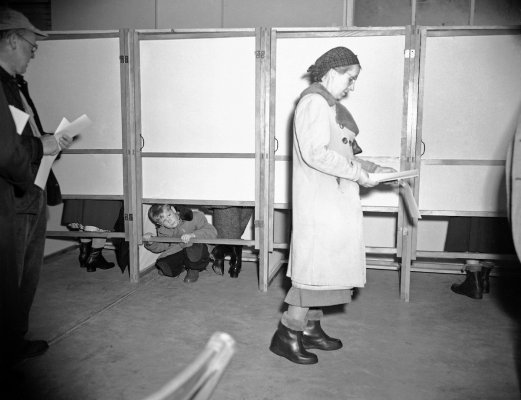 The Primary Election That Put New Hampshire on the Political Map
Next Up: Editor's Pick