Bernie Sanders Played a Rabbi in a 1999 Low-Budget Film

You might have known that Bernie Sanders has dabbled in folk music. But did you know he’s also dabbled in acting? The presidential candidate appeared in a low-budget 1999 romantic comedy called My X-Girlfriend’s Wedding Reception. His role was covered by Buzzfeed in April but is making the Internet rounds today.

He played a rabbi from Brooklyn who went on a rant about baseball for two-minutes. (Yes, there are several stereotypes at play here.) Behold:

Sanders is giving off a major Larry David vibe as he plays up his Jewish New York roots.

Read More: President Obama: The World I Want My Daughters to Grow Up In

Here’s a brief synopsis of the film from IMDB: “The bride’s ex-boyfriend is a member of the band, a collection of musical misfits, at an Italian-Jewish wedding.” It doesn’t seem to have done particularly well. It doesn’t even have a Rotten Tomatoes score. We suppose people in 1999 just weren’t feeling the Bern.

Sanders also made a cameo in the slightly more high-profile movie Sweet Hearts Dance in 1998. 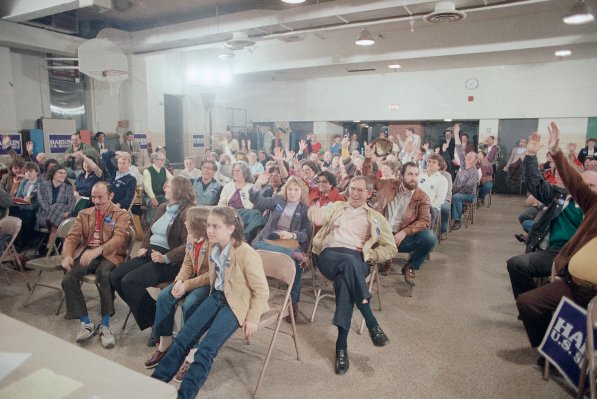 How the Iowa Caucuses Became a Big Deal
Next Up: Editor's Pick