First lady Mamie Doud Eisenhower and U.S. President Dwight D. Eisenhower stand shoeless as they admire the architectural details pointed out by Sheikh Abdullah Al-Khayyal, Saudi Arabian ambassador, at the dedication ceremony of the Islamic Center and Mosque, in Washington, on June 28, 1957.
AP
By Sarah Begley

As President Obama visits the Islamic Society of Baltimore on Wednesday, he sets a milestone for his presidency: it’s his first presidential visit to a U.S. mosque. But he’s far from the first president to do so.

President Dwight D. Eisenhower is believed to hold that distinction. According to the State Department, “Eisenhower gave the first known speech by a U.S. president at an American mosque when the exquisitely designed Islamic Center of Washington was dedicated in 1957.” He and his wife Mamie got attention for respectfully removing their shoes on entering. As TIME wrote, “Grey cotton slippers had been prepared to slip over his shoes, but Ike decided to go all the way, shed his new black oxfords before he put on the slippers; Mamie took off her white pumps and stood in her nylons.” The president emphasized the importance of religious freedom in his remarks:

It wasn’t the last encounter between the U.S. presidency and the Islamic Center of Washington: in 2001, six days after the 9/11 attacks, George W. Bush visited the mosque himself and gave an address in which he famously said “Islam is peace”:

When Obama makes his own visit to “affirm our conviction in the principle of religious liberty,” as his press secretary said, he will add his contribution to this particular chapter of religious tolerance in America. 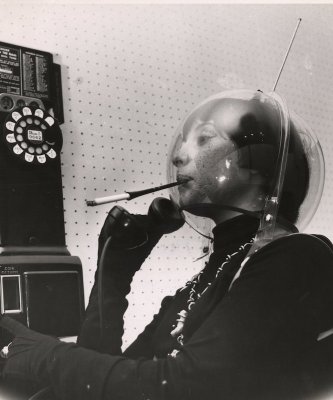 The Silliest Martian Jokes of the Space Age
Next Up: Editor's Pick