Australian Court Rules That Offshore Detention of Refugees Is Legal

A group of protesters occupy Australian Prime Minister Malcolm Turnbull's electoral office, demanding the end to the policy of offshore detention of asylum seekers, in Sydney on Oct. 14, 2015
David Gray—Reuters
By Rishi Iyengar

Australia’s High Court upheld the country’s controversial policy of detaining asylum seekers in offshore processing centers Wednesday, dismissing a claim that the conditions under which they are being held on the island of Nauru violates the Australian constitution.

The case was brought by an anonymous Bangladeshi woman temporarily relocated from Nauru to Australia for medical treatment, the BBC reports.

The court’s ruling means that over 250 asylum seekers, including around 50 children and nearly 40 infants born in Australia, will be deported to the island nation in the coming days, despite allegations by rights groups that the centers are not safe.

Nationwide protests against the ruling have reportedly been planned.

The Australian government’s treatment of refugees arriving at its shores, who are promptly transported to Nauru and Papua New Guinea’s Manus island, where reports of human-rights violations abound, has long been a subject of intense controversy.

Detainees at the two island centers are reportedly subjected to widespread violence and abuse, with the most recent public outrage involving the case of a 5-year-old boy who was allegedly raped on Nauru and will now likely be sent back.

“That is this huge cloud hanging over him,” Dr. Karen Zwi, a pediatrician who examined the boy, told broadcaster Australian Broadcasting Corp (ABC). “That he will be returned to an absolutely traumatic and devastating environment for him.”

Zwi mentioned that the young boy had started wetting the bed and even began to self-harm, a phenomenon she reports seeing in several distressed children.

Australia’s Immigration Minister Peter Dutton said he would take medical advice on the 5-year-old’s case into consideration. Meanwhile, rights groups attacked the government’s hasty amendment to a funding-related law — closing a loophole that enabled it to defeat the court challenge — in June last year.

Daniel Webb of the Human Rights Law Centre told ABC that the government “shifted the goalposts” by changing the law while the case was ongoing.

“They won in the High Court, but let me tell you, around the country right now there are 267 incredibly vulnerable people who will be terrified.”

A visceral fear at the prospect of going back to Nauru is the predominant reaction of most asylum seekers temporarily moved to mainland Australia, with a Sri Lankan woman who was also allegedly sexually assaulted on the island telling the Guardian‘s Australia edition ahead of the court ruling, that she was “too scared” to return.

“If I am sent back to Nauru, I will commit suicide,” she said. 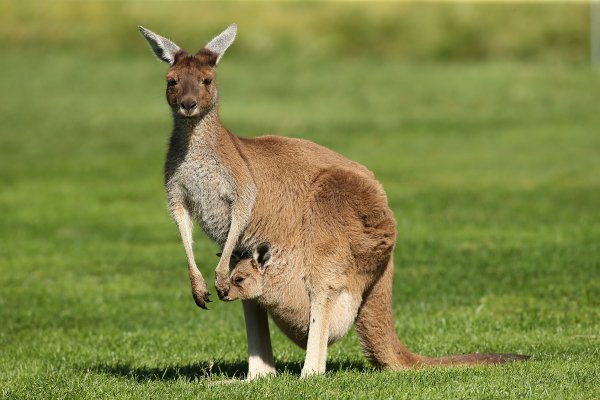 Teen in Australia Accused of ISIS Plot to Bomb Cops Using Kangaroo
Next Up: Editor's Pick