Afghan Local Police (ALP) personnel patrol near their base in Goshta district of Nangarhar province, on Dec. 18, 2012.
Shah Marai—AFP/Getty Images
By Melissa Chan

The Taliban on Monday gunned down a 10-year-old soldier who had been hailed as a hero by the Afghan government for leading an attack against the terror group last year.

Wasil Ahmad was shot twice in the head by a man on a motorcycle as he walked out of his house in Tirin Kot city to buy vegetables, the New York Times reports. The Taliban claimed responsibility for the attack, according to the newspaper.

The boy had just enrolled in the fourth grade after leaving militia life and was “no threat” to the Taliban, Rafiullah Baidar, a spokesman for the Afghan independent human rights commission, told the Times. “If they had targeted him in a military base, then they could have raised the question of what was a child doing in a military base. But he was targeted in front of his home,” Baidar said.

Wasil was widely praised after he “fought like a miracle,” shooting rockets from a roof and taking command during a Taliban siege last summer, his uncle, Mullah Abdul Samad, told the Times. “He was successfully leading my men on my behalf for 44 days until I recovered [from an injury].” 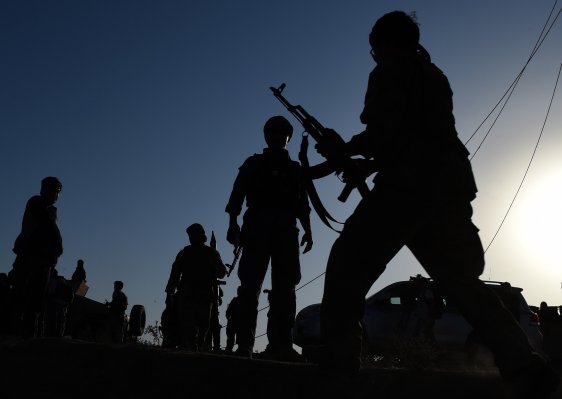 Power Cut in Kabul After Taliban Attack
Next Up: Editor's Pick