The slide deck, as a concept, evokes the drudgery of the modern office, of a wan conference room at the Ramada on the outskirts of Dubuque, of a … hell, you might be nodding off already. Next slide!

To Eric Jackson, a 43-year-old managing director at the small New York-based SpringOwl Asset Management hedge fund, the slide deck is like marble to Bernini. His preferred format is, in his words, the “99-pager”—slides upon slides cascading to condemn the management of a company in the media or technology sectors, complete with numbers and charts and ideas. Next slide!

Market observers may have heard of Jackson through coverage of his firm’s exploits. He’s an activist investor. On Jan. 18, Jackson published a 99-pager calling for new executives and directors at Viacom, the embattled entertainment giant. (Coincidentally or not, Viacom stock shot up 4.7% the next day.)

Jackson’s signature flourish, though, came with his first 99-pager, written on Yahoo and its CEO Marissa Mayer, and published Dec. 14. He said it took him two months of work; the deck called for, among other things, major cuts to turn around Yahoo’s core business. Jackson suggested 9,000 layoffs, or three-quarters of the company’s workforce.

In a Feb. 2 conference call reporting Yahoo’s fourth-quarter earnings, the company announced that it would lay off 15 percent of its workforce. Yahoo also said it would explore “strategic alternatives,” which might very well mean a sale. The moves follow months of investor outcry over Mayer’s strategy, with suggestions coming from all corners, including Jackson’s.

“She’s been villainized,” says Gene Munster, a senior research analyst at Piper Jaffray. “Her plan hasn’t fixed the core business. But Marissa has been painted as the villain in this, and it’s not her fault. The job was just extremely difficult.”

How’d she become the villain? In 2014, the last year for which public filing information is available, Yahoo paid Mayer $42 million in cash and stock. Because her robust compensation resulted from increases in Yahoo’s stock price tied to increases in the value of Alibaba, a corporate investment Mayer had nothing to do with, Mayer’s pay package has often been criticized. What business could be a better target for activists seeking new management?

But here is where things get unusual. Deep-pocketed big-shot activist investors like Carl Icahn and Dan Loeb, both of whom have targeted Yahoo over the years, have a formula—they take a substantial position in a company, sometimes one percent or more of its stock, and compel it to change its practices or reallocate its capital. Maybe the investor gets a board seat or two. Often the stock ticks up on mere news of the activist’s stake, making it even easier to exit with a profit a year or two later.

Then there is the Eric Jackson formula, which bears a resemblance to one attributed to the 17th-century French playwright Pierre Corneille: You must interest the audience.

Is it any wonder Jackson’s slideshow cast Mayer as Marie Antoinette? It took just a few slides. One was titled “Unnecessary Yahoo Perks Total Half An Instagram.” Among its bullet points? “All Yahoo Employee’s receive a free iPhone.” “Earlier this year, Yahoo was the main sponsor of the Met Ball Gala for $3M to which only Mayer and a couple of Yahoo executives attended.” “Mayer provides free food for Yahoo’s workforce. In Sunnyvale, it’s catered by the Uber-Luxe and organic Bon Appetit. At 1.5 meals a day per employee, Mayer’s perk has cost $450M over 4 years. That’s half an Instagram right there.”

Yes, each bullet point contained a typo. Yes, the slide’s reasoning might not pass muster. (A company smartphone is an unnecessary perk at a technology company?) Jackson himself allowed that his food number might not have been entirely right. Yahoo says he exaggerated his figure “nearly threefold.”

Yet that slide evidently provided the most appealing revelations of his deck. “Yahoo CEO Marissa Mayer blows millions on parties and sponsorships says Eric Jackson,” read Business Insider’s headline. Yahoo’s Great Gatsby-themed holiday party in December: another slide in Jackson’s presentation, another blow to Mayer’s and the company’s image.

Says a Yahoo spokesperson, “In December, SpringOwl Asset Management published a lengthy slide deck full of gross mischaracterizations and untruths about Yahoo. With many inaccuracies reported as fact, it’s important for us to continue to set the record straight.” Yahoo asserted that the Gatsby party, which Jackson said cost $7 million, cost “less than a third of that.”

In person Jackson is as pleasant and mild-mannered as Canadians come—he commutes to SpringOwl’s offices from his home outside Toronto. After earning a B.A. in English lit from McGill, he went to Columbia Business School for a Ph.D. in corporate governance, hence activism.

In his work, though, Jackson marks a new sort of irritant to companies, an activist forged in the social-media age. Jackson has more than 21,000 followers on Twitter, publishes regularly on Forbes and TheStreet, and reports 725 subscribers to his weekly email newsletter, with between 500 and 1000 listens on average to his podcast. He is a certified pundit, opining prolifically on the media and tech sectors. Although investors have long used the media to move markets, what happens when those investors are the media?

As an investor, Jackson is also a newcomer to the media sector. For instance, as he tells it, he got the idea to poke around Viacom after he started poking around Disney, which he was prompted to do because Disney’s ESPN subsidiary in May 2015 declined to renew the contract of its star columnist and podcaster Bill Simmons. “It raised some questions in my mind about what might be going on at Disney,” Jackson said. “And so I wrote a post in July saying ‘Short ESPN’.” That’s a little like becoming a rock critic because you dug 10,000 Maniacs’ cover of “Because the Night.”

Says Jackson, “We want to be known as a truth-teller, unafraid to poke holes in bluster from management… We want to make money like anybody but we want to do it with that kind of intent.”

On the continuum of journalist to investor, Jackson says he’s situated firmly on the investor side. Most of the outlets that publish him pay him, but he doesn’t write for the money, he says. He likes to think of it instead as transparency, similar to the letters hedge fund managers send to their investors each quarter.

“If you have good ideas,” he says, “you should communicate those ideas.”

To be fair, his Yahoo-related ideas have in the past gained enough purchase to suggest that they might, in fact, be good.

In 2007, when he led a campaign against then-CEO Terry Semel, he started with YouTube videos and blog posts. Eventually he assembled a block of shareholders controlling about 0.2% of outstanding shares. Almost half of all voters withheld support of Semel in his attempt to get reelected to the Yahoo board, two days before he quit. Jackson had registered a genuine activist accomplishment while holding only $1,300 in Yahoo stock.

Logically, another criticism of Jackson among his target companies is that he doesn’t have enough skin in the game. Jackson won’t say how big his firm’s Yahoo stake is, but a July SpringOwl filing with the SEC said it had a total of $277 million under management, or a little more than the present value of activist fund Starboard Value’s Yahoo stake alone.

“I’m sure everyone at the office would love to have $20 billion or whatever Carl Icahn has,” Jackson says. “But we’re smaller than that.”

Yahoo’s announced layoffs are substantial, but likely too small to satisfy the hordes of grumpy investors who want a sale. And so what Jackson does have is momentum. For better or for worse, that’s priceless. 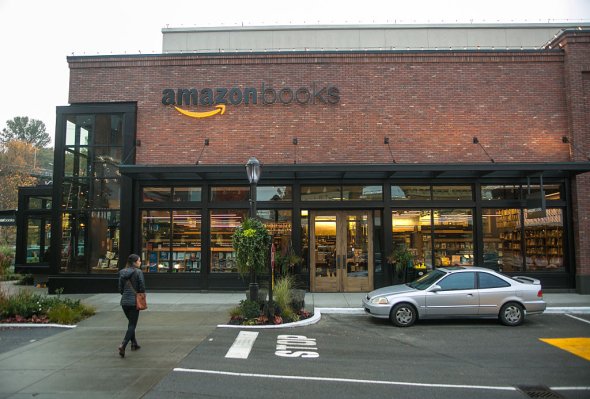 Mall CEO: Amazon Plans to Open Hundreds of Bookstores
Next Up: Editor's Pick