What We Know About Makeup in Ancient Rome

The Romans set high standards in terms of female beauty: flawless skin, a pale complexion with just a hint of pink, styled hair in an alluring color and large bright eyes. In pursuit of this ideal, women had recourse to cosmetics, applying a wide variety of products, including white lead as foundation, almond oil as face cream, soot as eye makeup, hair dye made from the juice of elderberries, arsenic to remove unwanted hair and the dregs of wine as rouge.

In the contemporary literature, almost exclusively written by men, makeup became a means of expressing ideas of wealth, health, status and gender as well as beauty. Cosmetics often received a negative press; its use was satirized and presented as an inferior foil to natural beauty in much of the surviving elegiac poetry. In contrast, however, Pliny the Elder’s Natural History offers more factual information, while in the poems of Ovid cosmetics are presented positively, as a feature of sophisticated urban living.

The required elements of female Roman beauty, such as a pale complexion and large dark eyes, are not only described in literary texts but are also to be found in paintings, funerary reliefs and mosaics. Idealism is the rhetoric of the visual image and, just as pictures of women in the fashion pages of today’s magazines are airbrushed and Photoshopped, presenting us with women who bear little resemblance to ordinary people, a similar contrast existed between the representation of women in Roman art and their counterparts in real life.

There is, in fact, little evidence that clearly depicts Roman women actually wearing makeup, but there are a number of examples of women applying beauty products. Toilette scenes appear frequently in art, alluding again to ideas of wealth, status and gender. In addition to the toilette, objects visible in these works of art include mirrors, spoons and palettes for preparation and bottles and boxes for storage, which survive in considerable quantities among the small finds in the archaeological record. They are the detritus of everyday life.

Looking at all the evidence relating to cosmetics, whether it is written, visual or material, is an essential tenet of research; every medium has something to contribute to the overall picture. In addition, a careful comparison of these different types of material not only highlights the importance of makeup per se in the ancient world, it also presents the prospect of a clearer interpretation of the rhetoric that surrounds the topic, by acting as a counterbalance to the problems of specific types of evidence: for example, the exclusivity of the male-authored text, the chance survival of artifacts and the lack of paint on sculpture. Looking at this overall picture also offers us the possibility of a better understanding of the reality of contemporary daily life.

Three examples show how this approach can work. First, consider the absence of the made-up face in Roman art. Far from being odd, this omission fits well with evidence found in the written sources. Ovid remarks: “Why should I see what makes your skin so white? Keep your door shut and don’t let me see the work until it is finished.” The finished product, that is, the woman’s face, should not exhibit the mechanics by which such an appearance had been achieved.

Second, comparing a toilette scene depicted in art, in this case the Neumagen relief, with an object such as the Wroxeter mirror, can raise interesting questions. How clear was the reflection in a mirror of polished metal? If clarity was in doubt what did this mean for the relationship of the matrona and her servants? Did the mistress, for example, rely on her slaves for an accurate or hopefully honest opinion regarding her appearance?

Third, we can fill the cosmetic containers found among the archaeological evidence with the contents described in written texts. The woman’s dressing table, on which, according to Ovid, “you will find boxes and a thousand colors,” comes alive when paired with a small find, perhaps a pot or bottle, especially where there is residue remaining. The so called Londinium cream, found to consist of a mixture of animal fat, starch and tin, is one notable example of such a find. Modern non-invasive techniques, such as synchrotron radiation and mass spectrometry, can be used where the container is fragile, or residue difficult to extract. Makeup mattered in the ancient world and it warrants serious consideration today.

Susan Stewart is the author of Cosmetics and Perfumes in the Roman World (Tempus, 2007). 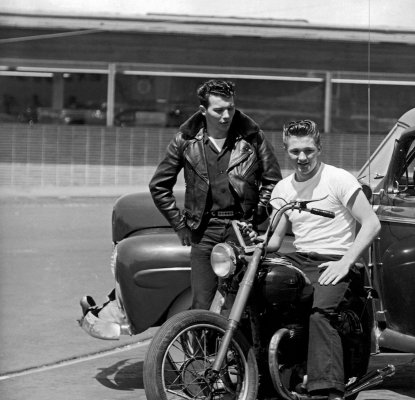 The Real Mating Habits of 'Grease'-Era Teenagers
Next Up: Editor's Pick