In exactly one month from today, on March 2, the Supreme Court will hear oral arguments in Whole Woman’s Health V Hellerstedt, the biggest case to make it to the U.S. Supreme Court regarding abortion rights in 24 years. The scary part? Most people do not even know it’s happening.

In the lead up to the Supreme Court arguments, my reproductive rights organization, Lady Parts Justice, is rolling out a blunt and hilarious video campaign during month of February to help educate people about this case and what is at stake. We are kicking off the video campaign today because the fact that we keep fighting this same sh–t over and over, makes us feel like we are living in a reproductive rights Groundhog Day.

The case is a challenge to HB2, the Texas law we all watched Wendy Davis heroically try to stop in 2013. Ultimately, the willfully ignorant thugs against reproductive rights and justice won that battle, closing Texas clinics and leaving huge gaps, hundreds of miles wide, where there is simply no access to abortion and other reproductive health services.

The abortion restrictions contained in HB2 are known as TRAP laws, an acronym that stands for Targeted Regulations of Abortion Providers. Aptly named, they are designed to “trap” clinics using legal requirements that are so cost prohibitive and impossible to execute that the clinic cannot comply and ends up shutting down, leaving people who need care in what’s known as an abortion desert with no safe options.

Anti-freedom zealots pushing these TRAP laws claim that they are designed to make abortion safer, but since the procedure itself is safer than having a tooth pulled or a getting a colonoscopy or giving birth, this claim is, at best, an out-right lie. At worst, it is a purposeful attempt at endangering people’s lives by cutting off access to safe abortion.

Here is just one example of a TRAP law and how it works. Warning: put down your coffee, you wine, or your child—this is gonna make you want to scream and flail.

The admitting-privileges TRAP law requires providers to obtain a patient transfer agreement with a nearby (within 30 miles) hospital in order to stay open. What happens if the only hospital within that distance is Catholic? Privilege denied. Clinic closed.

Furthermore, this aspect is really going get your panties in a wad, in order to obtain those admitting privileges, the doctor must prove that they will be able to deliver a patient load so that the hospital can make money. Since abortion is such a safe procedure, the vast majority of abortion providers do not send enough patients to nearby hospitals with complications and therefore cannot obtain admitting privileges. Again, denied. Clinic closed.

That is just one example of these insidious TRAP laws. Here’s a look at other TRAP laws and how they became a brilliant tactic for the anti-abortion activists.

Even worse, this is not just happening in Texas. Americans United For Life, the anti-abortion juggernaut that authored these laws, have allies in every state legislature in America, and because of their power and influence, 23 other states have already passed these laws, closing clinics faster than racism spreading at a Trump rally.

That momentum is growing.

If you didn’t know about this, you are not alone. Angry villagers screaming “baby parts” often drown out any sane and rational conversation about what abortion actually is and its important role in healthcare. Maybe the most important aspect in all of it is the economic agency that abortion provides to people who cannot afford to start or grow their family.

The Whole Woman’s Health case is going to determine whether states will be allowed to continue to pass these laws designed to shut down clinics, with repercussions not only in Texas but all over the country. If we lose, we may be facing a legal end to abortion without even having to overturn Roe v. Wade.

So, if you believe that individuals are capable of making decisions about their own bodies privately and that access to abortion should continue to be a constitutional right, as it has been for more than 40 years, I ask that you read up on these laws, share these videos as we roll them out, and check here to see which TRAP laws and abortion restrictions are already in your state.

We need to realize that, with access to abortion in the hands of a hostile Supreme Court, we have to educate ourselves and make sure we don’t elect ideological Orcs who will legislate abortion right out of existence. 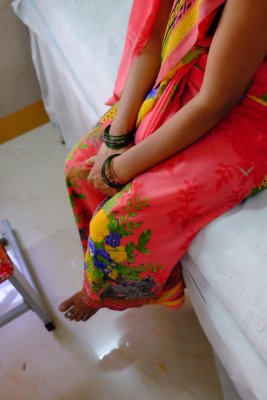 What Abortions In India Can Teach Us About U.S. Healthcare
Next Up: Editor's Pick