Quasimodo, the Dog With a Short Spine, Is Capturing Hearts Everywhere

Quasimodo, a rescue dog with a rare medical condition, is looking for a home. The inspirational story of the 4-year-old German shepherd with short spine syndrome has taken the Internet by storm since he was taken in by Secondhand Hounds, an animal shelter in Eden Prairie, Minn., on Thursday. He is one of only 14 known dogs in the world who have this syndrome.

“Quasimodo has nothing wrong with him. He’s just a little different than ‘normal’ dogs,” said Sara Anderson, the large breed foster coordinator for the shelter. “His body is compressed because of his condition, so all of his organs are crammed in his belly.”

Quasi was given his own Facebook page on Thursday, and has already garnered more than 52,000 followers to date. On Monday, Secondhand Hounds posted an update on the pup’s ongoing medical treatments.

Anderson explained that Quasi’s temporary foster family named him after the protagonist from The Hunchback of Notre Dame. “The Quasi of Secondhand Hounds is our hero because he is the definition of the qualities we all admire in our dogs,” the foster parent said. “Born different, but never knowing any other way, he seeks to please the people who have shown him kind hands and warm hearts. He may not be as pretty as many dogs on the outside, but his heart and soul shine through and make him one of God’s most beautiful creatures.” 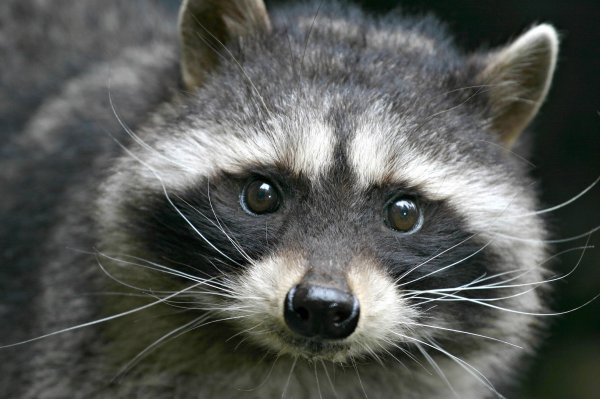 Raccoon Gets on Subway Train in a Commute to End All Commutes
Next Up: Editor's Pick