King David. Artist: Guercino (1591-1666)
Heritage Images/Getty Images
Ideas
By Rabbi David Wolpe
Wolpe is the Max Webb Senior Rabbi of Sinai Temple in Los Angeles, the author of eight books and has been named one of the 50 most influential Jews in the world by the Jerusalem Post.

Writing a biography of King David has given me the opportunity to reflect on leadership. David was the greatest king of Israel, but he was also a deeply flawed man. What did he have—or not have—that we should look for in our generation? Three lessons from his life are worth keeping in mind as we choose America’s next president.

1. Great leaders own up to their mistakes. David committed adultery with Bathsheba. Adultery was frowned upon in ancient Israel as it is today, and everyone can agree that being a leader does not give you a license to break your own vows or abet in someone else breaking theirs. But it was a bungled attempt to cover up his adultery that led David to murder Batsheba’s husband, Uriah. Unwilling to admit having committed one crime, David was led to a far greater one. In the end, David and Batsheba’s newborn child died and his kingdom was shaken.

The inability to admit fault right away and the certainty that a crime is only as bad as its discovery leads to untold heartache. President Richard Nixon’s coverup of Watergate was one example, but there have been many others. From the time of David to our own, owning up to what you have done is wise counsel for leaders and others. Morality is in the deed, not in its discovery.

2. They choose humility over hubris. When David was triumphant, he managed to alienate those around him, including his own children. In meeting with his son, Absalom, the Bible tells us “the King kissed Absalom.” (2 Samuel 14:33). Not as a father, but a king. That same son later rebelled against David. But when David was willing to humble himself, as he did by admitting his faults or by not letting his men sacrifice in his honor, the people loved David for these deeply human moments.

When a leader seems overconfident, the slightest mistake is pounced on with glee. Genuine humility is not incompatible with a strong ego and self confidence. President Franklin D. Roosevelt would sometimes deliberately display his disability to wounded veterans, showing his strength by not hiding his weakness. Humility is a genuine interest and concern for others outside oneself. As C.S. Lewis wrote: “True humility is not thinking less of yourself; it is thinking of yourself less.”

3. They have faith. Faith comes in many varieties, and surely not everyone who is a leader shares the same kind of faith, or even religious faith. But from the first, we see in David that he had the courage born of the belief that his destiny and Israel’s mission were real. In other words, not only did David have faith in God, but he had faith in the possibilities of the people whom he led. In our own nation we saw that President Abraham Lincoln, who was humble and whose faith in God went through many permutations in his lifetime, had an unshakable faith in the importance of his task and the potential of America. The presidents who have been most inspiring were those able to offer us some of their faith, and help us believe in ourselves. All of Israel felt more sure of their place in the world because David was their King. All of America felt more sure of its destiny when Roosevelt told us not to fear, and we knew his courage was born of experience and of faith.

Many things have changed since the time of David—languages, technology, culture, political life—but not human nature. We need our leaders to be smart and savvy and strong, to be sure. But we also look to our leaders for transparency, humility and faith. The Bible will not tell you who to vote for, but it will tell you what to look for: men and women who embody the best in us, to help us be our best as individuals and as a nation. 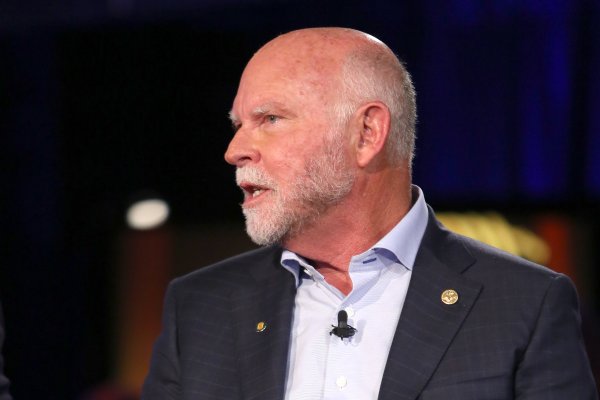 We Are Not Ready to Edit Human Embryos Yet
Next Up: Editor's Pick