Democratic candidate Bernie Sanders is still considering whether to ask for a recount of votes from the Iowa caucuses, a historically close contest that ended in Hillary Clinton’s favor.

A Sanders spokesperson said the campaign is “still assessing” whether to request a recount, according to the Associated Press.

When Sanders was asked about a potential recount on MSNBC early Tuesday morning, the Senator from Vermont said it was still too soon to discuss.

“Honestly, we just got off the plane and we don’t know enough to say anything about it,” Sanders said.

Clinton won 49.9% of votes, while Sanders won 49.6%. In some precincts, Democrats flipped a coin to break a tie and determine a winner.

In a statement, Clinton’s camp downplayed the utility of a recount.

“Hillary Clinton has won the Iowa Caucus. After thorough reporting – and analysis – of results, there is no uncertainty and Secretary Clinton has clearly won the most national and state delegates. Statistically, there is no outstanding information that could change the results and no way that Senator Sanders can overcome Secretary Clinton’s advantage,” Clinton spokesman Matt Paul said in a statement early Tuesday morning.

Republican candidate Rick Santorum won the Iowa caucuses in 2012 after a final count—completed more than two weeks after caucus voting—revealed that he had defeated eventual party nominee Mitt Romney. The preliminary results announced just after the caucuses originally declared Romney the winner. 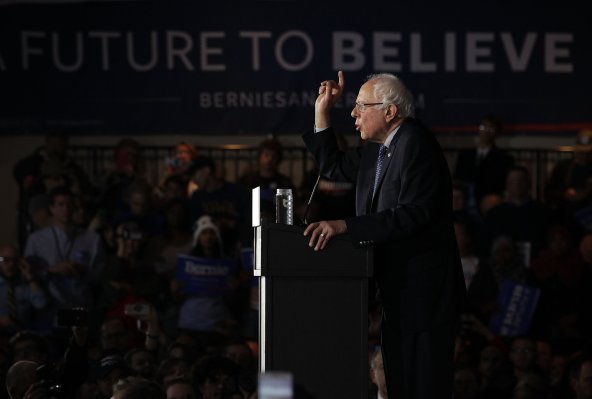 Some Iowa Caucus Precincts Flipped a Coin to Determine the Democratic Winner
Next Up: Editor's Pick