President Obama will propose $1.1 billion in funding over the next two years to fight the opioid and heroin epidemic. The funding request in his 2017 budget proposal would address the harrowing epidemic, which has ravaged communities in all corners of the U.S.

Under the budget proposal, Obama would designate $920 million for expanded access to medical-assisted treatment for opioid addiction, which marries behavioral therapy and medication to help abusers recover. The budget would also call for $500 million worth of investments in prescription-drug monitoring programs at the state level, increasing the development and use of the opioid-reversal treatment naloxone, and supporting law enforcement efforts to target drug distribution.

The proposal would more than double the amount of funding that is currently going toward the epidemic; the majority of the new funds would go toward closing what Health and Human Services Secretary Sylvia Burwell calls the “treatment-gap.” A 2012 study found that while an estimated 2.4 million Americans are dependent on opioids, only about 1 million had access to medication-assisted treatment. Obama signed a budget in December that allocated $400 million to address the epidemic, a jump of $100 million from 2014, and funding has increased as the epidemic has grown. But the Obama administration says more is needed to confront the epidemic.

“Opioid abuse and overdose has hurt families across this nation, rich and poor, black and white, urban and rural; no community has been immune,” Burwell told reporters Tuesday. “Today’s budget announcement would mean a significant investment in this fight.”

“We could do more to save lives and turn this epidemic around,” she added.

In 2014, there were 40,055 drug overdose deaths in the U.S.—28,647, or 61% were related to opioid abuse, according to the Centers for Disease Control and Prevention. In October, Obama hosted a community discussion on the epidemic at its heart: in West Virginia, which ranks highest in the nation for overdose deaths. The Obama administration has made addressing the epidemic a priority since the release of his first National Drug Control Strategy in 2010, and yet while the President has been in office abuse and deaths have skyrocketed.

Obama’s budget proposal will face a critical test in Congress, where House Speaker Paul Ryan on Tuesday released a statement saying that lawmakers “know what kind of proposal we can expect: a bloated budget that grows the government.” But administration officials are hopeful that because the heroin and opioid epidemic has such a sweeping reach, and the issue has gotten bipartisan attention in the past, Congress will be willing to allocated the resources.

“When we have worked with leadership in Congress, with folks who are chairs of committee as well as members, there is a significant interest in helping to deal with this issue and know that resources are part of the equation in terms of our response to this,” said Michael Botticelli, the Director of National Drug Control Policy. “There is a tremendous amount of bipartisan support as it relates to dealing with the epidemic.”

President Obama’s announcement has apt political timing, too. The heroin and opioid epidemic has become an issue in the 2016 presidential election. This week, the candidates are setting their sights on New Hampshire, and the first-in-the-nation primary state also happens to be one of the countries opioid epicenters. Drug overdose deaths and rates of drug abuse have been on the rise in the Granite State, and as Gov. Maggie Hassan told the Daily Beast in August, candidates for president “cannot go into a room in New Hampshire, of more than a couple of people, and not have them raise the issue of how substance abuse is impacting our state.” 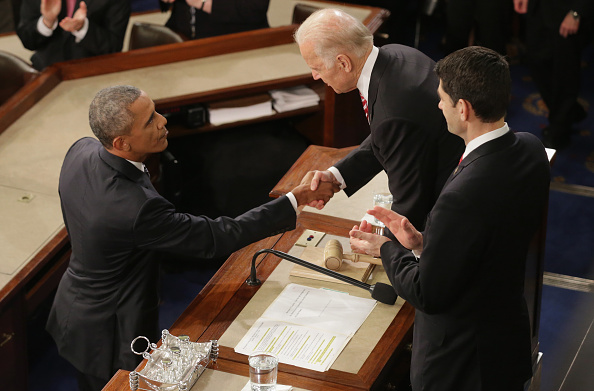 President Obama Wants $1B for Cancer Research
Next Up: Editor's Pick