Craig Venter: We Are Not Ready to Edit Human Embryos Yet

J. Craig Venter, a TIME 100 honoree, is a geneticist known for being one of the first to sequence the human genome.

Discussions on human genome modifications to eliminate disease genes and/or for human enhancement are not new and have been common place since the first discussions on sequencing the human genome occurred in the mid 1980’s. Many a bioethicist has made their careers from such discussions, and currently on Amazon there are dozens of books on a wide range of human enhancement topics including those that predict that editing our genes will lead to the end of humanity. There are also thousands of news stories on the new DNA editing tools called CRISPR.

So why is genome editing so different? If we can use CRISPR techniques to change the letters of the genetic code known to be associated with rare genetic disorders such as Tay-Sachs disease, Huntington’s disease, cystic fibrosis, cycle cell anemia or ataxia telangiectasia, why wouldn’t we just do so and eliminate the diseases from human existence? The answer is both simple and complex at the same time: just because the techniques have become easier to perform, the ethical issues are not easier. In fact, the reality of the technical ease of CRISPR-based genome editing has changed hypothetical, esoteric arguments limited largely to “bioethicists” to here and now discussions and decisions for all of us.

For me there are three fundamental issues of why we should proceed with extreme caution in this brave new world.

1. Insufficient knowledge: Our knowledge of the human genome is just finally beginning to emerge as we sequence tens of thousands of genomes. We have little or no detailed knowledge of how (with a few exceptions) changing the genetic code will effect development and the subtlety associated with the tremendous array of human traits. Genes and proteins rarely have a single function in the genome and we know of many cases in experimental animals where changing a “known function” of a gene results in development surprises. Only a small percentage of human genes are well understood, for most we have little or no clue as to their role.

2. The slippery slope argument: If we allow editing of disease genes, it will open the door to all gene editing for human enhancement. This needs no further explanation: it is human nature and inevitable in my view that we will edit our genomes for enhancements.

CRISPRs and other gene-editing tools are wonderful research tools to understand the function of DNA coding and should proceed. The U.K. approval of editing human embryos to understand human development has no impact on actual genome editing for disease prevention or human enhancement. Some of the experiments planned at the Crick Institute are simple experiments akin to gene knockouts in mice or other species where CRISPR will be used to cut out a gene to see what happens. They will yield some interesting results, but most, I predict, will be ambiguous or not informative as we have seen in this field before.

The only reason the announcement is headline-provoking is that it seems to be one more step toward editing our genomes to change life outcomes. We need to proceed with caution and with open public dialogue so we are all clear on where this exciting science is taking us. I do not think we are ready to edit human embryos yet. I think the scientific community needs to focus on obtaining a much more complete understanding of the whole-genome sequence as our software of life before we begin re-writing this code. 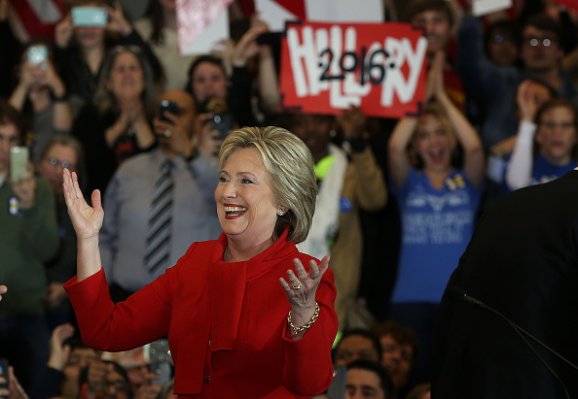 Why Hillary Clinton's Warmth Should Not Matter
Next Up: Editor's Pick