Pope Francis speaks as he leads an audience with religious, nuns and priests, for the conclusion of the Year of Consecrated Life at Paul VI hall at the Vatican on Jan. 02, 2016.
Giuseppe Ciccia—Pacific Press/LightRocket/Getty Images
By Tara John

The Vatican has downplayed suggestions that the Pope will make his acting debut in a spiritual film aimed at children.

According to a press release by Rome-based distribution and production company AMBI, reports Reuters, the pontiff will play himself in upcoming Italian film. The movie, Beyond the Sun, is described as a “family adventure story where children from different cultures emulate the apostles while searching for Jesus in the world around them.”

The Guardian says there were initially conflicting reports on the scale of the Pope’s involvement, with some reports suggesting he would feature significantly throughout the movie. However, AMBI’s website mentions that the film will only feature “an epilogue from Pope Francis telling children how and where to find Jesus.” And on Monday, a Vatican spokesman responded, noting: “the Pope is not an actor.” 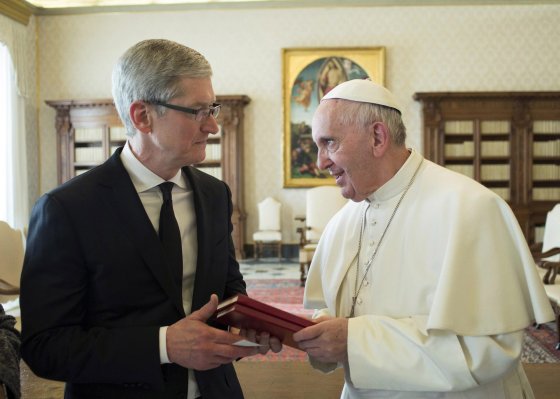