One of the late David Bowie‘s biggest fans will honor him at this year’s Grammy Awards.

Lady Gaga, who used to paint a thunderbolt on her face as a nod to Ziggy Stardust and Aladdin Sane, will perform a special Bowie tribute at this year’s awards show on CBS on Feb. 15, the Recording Academy announced on Twitter on Tuesday.

“He’s sort of like an alien prince,” the six-time Grammy winner said in 2013 of Bowie, who died last month at the age of 69. “He still runs my universe as well, like, every morning I wake up and I think, ‘What would Bowie do?'” 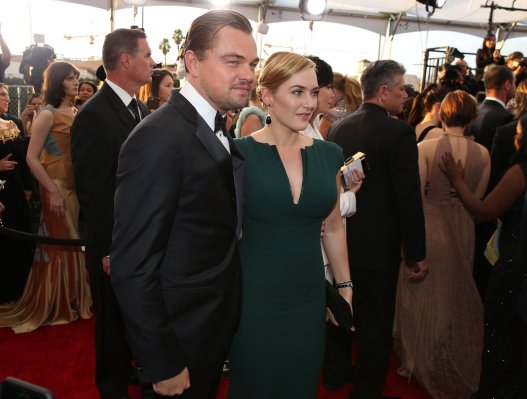 Kate Winslet Isn't Tired of Fans Gushing About Her and Leonardo DiCaprio
Next Up: Editor's Pick