Apple fans holding on to their iPhone 5 because they don’t like the newer, bigger models may have something to look forward to next month.

The Cupertino, Calif. firm is expected to hold an event on or around March 15, during it will introduce a new smaller iPhone, among other gadgets. That’s according to Mark Gurman, an often-accurate Apple whisperer.

Apple hasn’t confirmed any plans around its new products. But reports suggest the company has the following in store for its fans next month:

Apple is reportedly planning to release a new 4-inch iPhone that would replace the iPhone 5s. The new small handset would be called the iPhone 5se, according to Gurman. This new iPhone would bring some of Apple’s latest features to that smaller form factor, such as Apple Pay, support for Live Photos, a better processor, and an improved camera.

The new smaller iPhone could also have curved edges that are less shiny than those of the iPhone 5. The so-called iPhone 5se is said to cost the same as the iPhone 5s, starting at $450 for the 16GB model without a carrier rebate.

But Gene Munster, a senior research analyst at Piper Jaffray who frequently covers Apple, thinks the company won’t release a smaller iPhone until the next flagship model is unveiled later this year. “We think it will be called the iPhone 7c and will be available this fall,” he says.

Other analysts have also suggested a smaller iPhone is in the works. Timothy Arcuri of Cowen and Company told Business Insider that saw evidence of such a device in Apple’s supply chain up until last March.

Apple might unveil a new iPad next month, potentially marking the first update to its iPad Air line since the Air 2 launched in 2014.

“From the iPad’s standpoint, the biggest additional feature would be 3D Touch,” says Munster. 3D Touch is a pressure-sensitive technology found in the iPhone 6s and iPhone 6s Plus’ screen that allows users to access certain shortcuts by pressing down harder on the phone’s display. Apple has yet to bring this capability to the iPad.

Munster also believes that the new iPad will support some of Apple’s newer tablet accessories, such as the Smart Keyboard introduced for the iPad Pro last year.

Gurman also says Apple will release a new iPad Air next month. Like Munster, he believes this refreshed iPad will be compatible with Apple’s newer accessories. He has also reported the new tablet will have upgraded speakers. However, Gurman has not reported anything about 3D Touch.

There’s also a chance that Apple’s next iPad could come with an LED flash on the back for capturing better photos in the dark, as leaked drawings published by Engadget indicate.

Apple is likely to show off some new improvements for the Apple Watch. But it’s unclear if that means a wholly new Apple Watch, new software or just new accessories.

Munster believes a new Apple Watch is on the way. “[We’re] expecting a new Watch with a better battery and better components,” he said. Munster likened this to Apple’s upgrade cycle for the iPhone, which gets a total refresh every two years with incremental upgrades in-between.

Gurman’s sources are suggesting a different plan altogether. He reports that Apple is likely to introduce an entirely new line of bands made of different build materials, as well as adding new colors to the Sport band lineup and the Hermes band collection. But Gurman says that we shouldn’t expect a revamped Apple Watch until later this year. 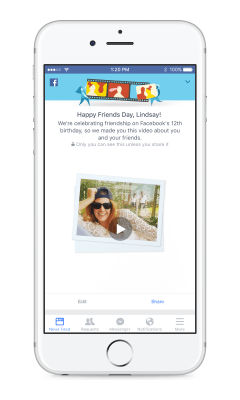 Facebook's Newest Feature Makes a Video Out of Your Memories
Next Up: Editor's Pick