The Nation Turns to New Hampshire

After Ted Cruz logged a clear win in Iowa on Monday and the Democrats ended in a draw, the leading candidates beelined to New Hampshire in the hopes of convincing members of their parties to coalesce behind them as nominees.

It was unclear if New Hampshire was willing to play along. The cranky Yankees like to be contrarians, and no one likes a comeback story more than a Granite Stater.

“New Hampshire gives everyone a second chance,” said GOP strategist Henry Barbour, one of the authors of the GOP’s report on its failed 2012 bid to oust Barack Obama, “but if we are going to win the White House the field will need to narrow quickly after that.”

The field started narrowing soon after Iowa’s results were announced. On the Republican side, former Arkansas Gov. Mike Huckabee called it quits. On the Democratic side, former Maryland Gov. Martin O’Malley also bailed. Others looked close to the brink. Retired neurosurgeon Ben Carson was heading home to do laundry. Former Sen. Rick Santorum announced he was heading to South Carolina to find his second shot, but he is essentially running a campaign on the change he found in the couch.

But that still leaves a pack of Republican contenders, and a closely divided Democratic rivalry.

New Hampshire will be a proving ground for three governors who are fighting for the state: Jeb Bush, John Kasich and Chris Christie. All three left Iowa before results were announced, and all are trying to rally Establishment-minded Republicans to their side in a year where voters seem to be rewarding outsiders. But if their gambit fails in the Granite State, they may fall soon too.

Florida Sen. Marco Rubio, who came in third in Iowa, is already attempting to box them out, casting himself as the only electable candidate in what one Rubio adviser termed a three-way race with Cruz and real estate mogul Donald Trump.

Cruz, meantime, heads to New Hampshire a clear victor. He out-organized supporters to best his one-time frenemy Trump. But he arrives in a cold state where his brand of brash conservatism might find tough audiences. During his recent visits to the state, he urged voters in one of the most secular states to pray for him.

He has already raised the stakes in New Hampshire as he did in Iowa. He met them in Iowa and advisers remain bullish on New Hampshire, predicting a significant uptick in polling and fundraising in the coming days.

Rubio faces a key test with keeping the momentum alive in the Granite State. Spokesperson Alex Conant told TIME, “it’s never easy, but we’d rather have [momentum] than not have it.” His third-place finish gave him a strong boost to a campaign that has been lagging but building. He hired wisely and has proven an aggressive fundraiser. Yet the team around Rubio was careful to keep expectations low. They watched Trump build up his chances of winning in Iowa, only to be shown wrong.

So, too, will New Hampshire test Donald Trump. Roughly two-thirds of Granite Staters favor someone who isn’t Trump. It is unknown how his supporters in New Hampshire will react to the loss; in Iowa, they shrugged by kept cheering the mogul’s campaign. It is also unknown how the contentious Democratic race will affect his ability to turn out independent voters.

Across the aisle, Hillary Clinton halted much of the momentum behind rival Bernie Sanders with a delegate tie in Iowa. Vermont Sen. Bernie Sanders remains the prohibitive favorite in New Hampshire, thanks to geography as well as the positions he’s taken.

But a week is a long time in New Hampshire, especially with the stakes higher and attention more intense. Eight years ago, Clinton arrived in New Hampshire a third-place Iowa finisher. The middle-of-the-night flight was a miserable affair, with aides and advisers shellshocked and sullen. Then, Clinton doubled-down, fired a campaign manager and sidelined earlier advisers. Oh, and she cried—then won.

Some New Hampshire voters said the moment showed she was authentic. Others said they showed up to vote because Clinton’s political machine in New Hampshire was far superior to Barack Obama’s. New Hampshire likes a comeback story—just look at Bill Clinton’s surprise second-place finish in 1992.

New Hampshire voters are famously fickle. A full one-fifth of them decided in 2012’s Republican primary on Election Day, and more than 50 percent that week.

And, historically speaking, New Hampshire seldom ratifies the results from Iowa. In fact, winning in Iowa is often a bad omen for a candidate in New Hampshire. It’s why the also-rans from the first-in-the-nation caucuses aren’t ready to give up just yet. 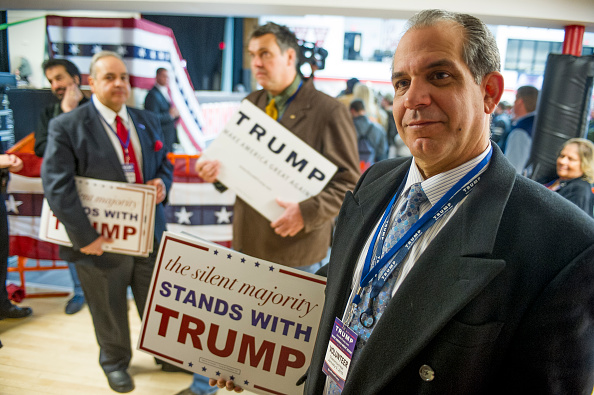