Rubio Camp to Establishment Rivals: It's Over

Marco Rubio’s campaign quickly moved to capitalize on his strong finish in the Iowa caucuses Monday night, wasting no time in sending a message to his Establishment-friendly rivals that the Florida Senator is the only candidate who can stop Ted Cruz or Donald Trump.

Rubio’s third-place finish with 99% of precincts reporting was in line with expectations the campaign had set in terms of pole position. But in finishing just 1 point behind Trump and not far behind first-place Cruz, Rubio emerged as a winner in Iowa, where the caucuses have long been almost as much about beating expectations as they have about winning outright. And it was easy to interpret Conant’s comment as a missile directed toward Jeb Bush, Chris Christie and John Kasich — other Establishment-favored candidates who will find themselves under growing pressure to exit the race if they don’t perform well in the New Hampshire primary next week.

“So this is the moment they said would never happen,” Rubio said. “The people of this state have sent a clear message. After seven years of Barack Obama, we aren’t waiting any longer.”

Rubio used the speech, broadcast live nationwide, to make a clear argument that he is the most electable Republican. “When I am our nominee, we will unite our party, we will grow our party, and we will defeat Hillary Clinton or Bernie Sanders,” he said.

Aides predicted a sharp uptick in fundraising and support to Rubio, pointing to Monday evening’s news that South Carolina Senator Tim Scott will officially endorse him Tuesday, as well as conversations with donors to other campaigns who they said are preparing to jump to the Florida Senator’s effort.

Colorado Senator Cory Gardner, a Rubio endorser, told TIME that “there may have already been some phone calls” from him to colleagues in Congress encouraging them to back Rubio. And Gardner called on the Establishment candidates in the GOP field to clear out, saying Rubio’s third-place finish “certainly presents a great opportunity to consolidate.”

As returns trickled in throughout the night, Rubio campaign officials expressed glee at his numbers.

“Damn good night for @TeamMarco!” Rubio campaign manager Terry Sullivan said on Twitter. “And it looks like its gonna keep getting better based on the precincts still to come.”

“We blew past all our vote goals an hour ago,” top strategist Todd Harris said on Twitter. “Feeling very good. We are still climbing. #teammarco #rubiowa.”

Most Popular on TIME
1
The X Factor: How Joe Biden's Running Mate Will Face Sexist Double-Standards
2
Medics Speak Out on Being Targeted by Police, Feds
3
Libertarian Presidential Nominee Bitten by Bat 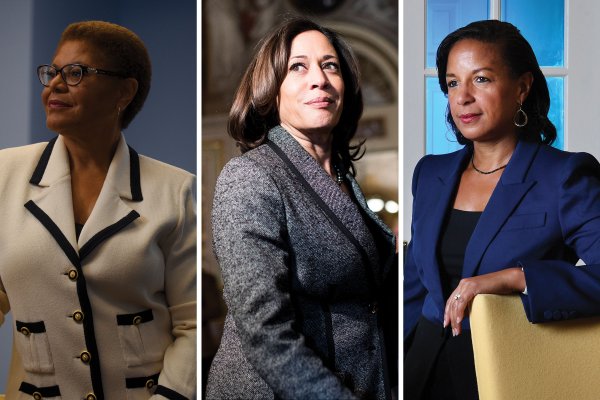