The prominent animal-rights group PETA has said that the death of a Scottish tourist during an elephant trek in Thailand is one of “many tragic reminders of the reasons why elephants should not be ridden.”

The tourist — identified by the Scottish newspaper Daily Record as Gareth Crowe, 36 — was killed Monday by a rampaging elephant during a trek in the popular Thai resort island of Koh Samui.

The 36-year-old was riding the elephant with his 16-year-old daughter when the handler dismounted to take a photograph of the two, according to the Bangkok Post. The 13-year-old elephant then gored the handler with a tusk and tossed the travelers from his back before goring and trampling the father to death and running into the forest. The young woman escaped with minor injuries.

Witnesses said the animal showed some signs of musth two days before and was not following the handler’s instructions in the moments leading up to the attack.

In an email to TIME, PETA cites four deaths by elephants in Thailand since 2011.

“Although tragic, it should come as no surprise when elephants snap and attack,” senior campaigner Ashley Fruno says. “When tourists choose to partake in elephant rides, they not only support the cruelty that is entrenched in this industry, but also risk their own safety.”

Elephant treks are hugely popular in Koh Samui, with scores of operators offering treks. The industry has come under scrutiny for the horrifying ways in which the animals are often captured and trafficked. 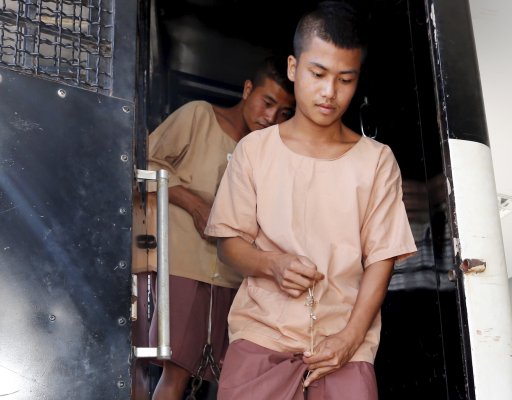