Donald Trump is just like millions of Americans in that he loves Adele’s music.

The former reality TV host and current Republican presidential candidate has been blasting Adele songs at recent rallies, playing “Rolling in the Deep” at a rally in Oklahoma and “Skyfall” at another in Ohio.

But the “Hello” singer does not reciprocate the affection. A representative for Adele tells EW, “Adele has not given permission for her music to be used for any political campaigning.”

Adele joins an ever-growing list of musicians who reprimand Trump for using their songs. Aerosmith’s Steven Tyler, Neil Young, and R.E.M.’s Michael Stipehave demanded the candidate not use their music as part of his campaign. Stipe’s statement was particularly vicious, calling Trump and his supporters “sad, attention-grabbing, power-hungry little men.”

Dee Snider of Twisted Sister, though, did give Trump permission to use the band’s 1984 song, “We’re Not Gonna Take It.” 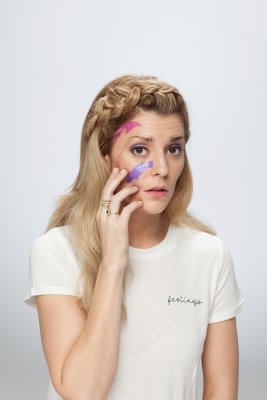 Grace Helbig on Her New Book, Taking Fashion Less Seriously and the Wisdom of Tyra Banks
Next Up: Editor's Pick