For many of us, our smartphones double as a notebook—a place to jot down ideas to return to later. Musicians have a tough time of this, though, since many music-recording apps focus on fleshing out existing songs rather than coming up with wholly new ones.

Apple’s latest app, called Music Memos, aims to fix this. Music Memos is essentially a version of the iPhone’s Voice Memos app tailored to musicians. It records uncompressed high-quality audio, analyzes a recording’s tempo, and displays the chords being played. After a basic recording has been laid down, musicians can return to their idea in more powerful software, like GarageBand or Reaper.

To find out if musicians would find Music Memos helpful, TIME asked producer Simen Solvang, who has worked with hip hop artists such as Run the Jewels and jazz musicians such as Esperanza Spalding, to take it for a test drive. His verdict? It’s not perfect, but it’s useful.

“It’s a fun app to mess around with and see what you can come up with,” says Solvang.

Music Memos analyzes each recording to understand a musician’s pace. This allows the app to add a background track of bass and drums that sounds natural and fits with the song’s flow. According to Solvang, however, it sometimes took tweaking to get these rhythm tracks to align with a song’s tempo: “It takes some finessing to get it to work properly.”

When Solvang tried recording vocals, for example, he had to navigate to the app’s Preferences menu to get the bass and drum beats to kick in at the right time. He didn’t encounter this problem as much when recording guitar, piano, or synthesizer. That’s probably because the technology baked into Music Memos is tailored to work best with instruments, rather than a singer’s voice.

Music Memos can also detect which chords are being played in a recording, allowing artists to look back and see what they played and in which order. This works relatively well when playing basic chords, according to Solvang.

“We were playing fairly simple chords, and it would catch between 50 and 75% of the time,” he says. “So it wasn’t fantastic at that but it wasn’t bad either. I’d call it fair.” Solvang added that he was able to edit the chords when he felt Apple’s suggestion was inaccurate.

Solvang was most interested in Music Memos’ ability to play songs in different time signatures, which could give musicians ideas for radically changing their tunes. “Once the beat was lined up, the most fun part was messing around with different times, putting it in double time or half time and seeing which beats they give you,” he says. “I think it’s fun and I hope to see how they evolve the app and add more features to it.” 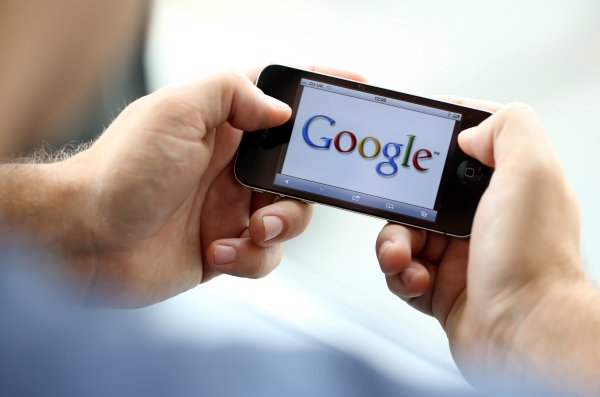 Google Just Made Its App Much More Fun to Use on the iPhone
Next Up: Editor's Pick