How to Be Creative, According to Albert Einstein, Pablo Picasso and Stephen King

Creativity isn’t some esoteric quality that only the Bob Marleys and Salvador Dalís of the world possess — it’s a learnable, trainable skill that can be honed into a process. Once you have the process down, you can use it to solve problems in innovative, interesting ways that make others look at your work and say, “Hey, that’s neat. Why didn’t I think of that?”

Creativity is your power tool regardless of whether the problem you’re solving is a musical scale, a business plan, a painting on canvas or a line of code. Let’s look at how three of history’s most creative geniuses used their gifts to change the world — and how you can adapt their tools to do the same.

To many beginning entrepreneurs and artists, nothing is more daunting than the blank slate.

“What type of business should I start?” (Try one of these ideas)

Nagging questions like these haunt us, and sometimes make throwing in the towel before we even begin. Coming up with good ideas is so freaking hard. Picasso knew this, so he devised a strategy to work around creative blocks. It’s pretty simple. He said:

For Picasso, the key was getting started before he knew exactly what he was doing. Doing the work in spite of yourself (a concept we’ve talked about before in The 70% Solution).

Inspiration then, comes not from the original idea — but from what happens when you allow yourself to start working without restriction or fear of “messing up.” In order to find a great idea, you have to start backwards: First start working.

Then, let your work lead you to your highest creativity. Remember, the root of “creativity” is “create.” So start making something.

Entrepreneur.com: 10 Tips for Unleashing Your Creativity at Work

Stephen King is one of the most prolific writers of our generation, having written 55 novels (49 of which became bestsellers), hundreds of short stories and half-a-dozen nonfiction books. Oh…and he’s also pulling in about $40 million per year, which makes him one of the wealthiest writers in the world. So there’s that…. The guy knows how to get it done! But how does he unleash the creative beast so consistently, and with such high quality? His answer shouldn’t surprise you:

You might be wondering how much qualifies as “a lot.”

According to King, he writes about 10 pages a day — which equates to about 2,000 words, seven-days a week, every week. Even holidays. Do you think this type dedication and consistency sounds crazy? Consider the fact that creating a daily quota and sticking to it is one of the most powerful habits you can ever create.

Just imagine what your life would be like if you took that “hobby” and finally became serious. Learned that language. Started that business. Wrote that book. What would happen if you worked on it for 365 days without stopping? You’d have incredible results. You might be the next Stephen King of your field. Start with a small quota for yourself and work on your craft every day.

Entrepreneur.com: How Improv Comedy Can Seriously Grow Your Business

Yes, yes. Einstein was history’s most famous physicist, but he was also an amateur violinist and pianist. He often incorporated ideas from his musical background into his physics work to help he deal with challenging problems.

In order to break through plateaus in his work and see these problems from different angles, Einstein used his mind to “mash up” several different ideas and concepts and rearrange them at will — a process which he called “combinatory play.”

While it may seem a little “out there” for some, Einstein’s approach is actually pretty simple: strip down your ideas to their most basic components — without words. Next, use those visualizations as puzzle pieces and test different arrangements and orientations to see which pieces fit together. Combine seemingly disparate elements and look for new patterns. Play.

Learn to break the rules.

If you take the time to study more of the world’s greatest thinkers, you’ll see over and over again that they don’t adhere to conventional wisdom about what’s “supposed” to work.

Everybody’s creative process is different — but just like these three geniuses, you can find something that works for you. Then you’ll be unstoppable! 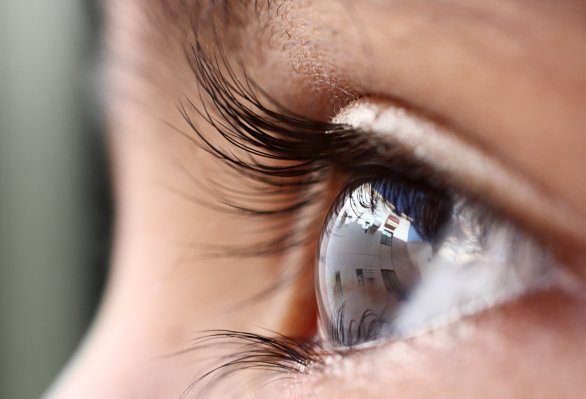 How to Take Back Control of Your Day, According to a Former Sniper
Next Up: Editor's Pick