Watch Vanessa Hudgens Sing Her Heart Out During Grease: Live

Viewers were blown away by Vanessa Hudgens’s stunning portrayal of Betty Rizzo in Fox’s Grease: Live on Sunday night, particularly in light of the circumstances of the day. Hours before delivering the incredible performance, the 27-year-old High School Musical alum announced on Twitter that her father had passed away from cancer the night before. Fittingly, one of the most moving moments of the entire show came during her emotional rendition of “There Are Worse Things I Could Do.”

Many watching the broadcast took to social media to express their admiration for Hudgens. “Imagine you had Vanessa Hudgens’ day, and doing that,” Hamilton creator Lin-Manuel Miranda tweeted. “What a superhero. In total awe.”

The show was dedicated to the actress’s late father, Greg Hudgens. 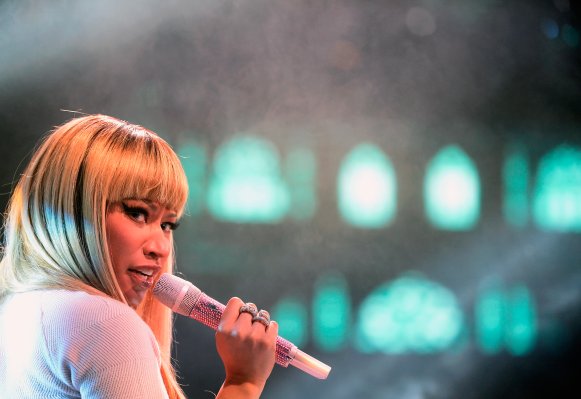 This Mom Really, Really Does Not Like Nicki Minaj
Next Up: Editor's Pick