The World Health Organization declared the spread of Zika and an associated birth defect an international public health emergency Monday, freeing funds to combat the disease.

“This is an extraordinary event,” said WHO Director General Margaret Chan at a press conference Monday. “It poses a public health threat to other parts of the world and a coordinated international response is needed.”

Chan cited the pattern of the disease’s spread, the lack of a vaccine, and the large global population of mosquitoes that can carry the virus as factors that contributed to the declaration.

The declaration, only the fourth in WHO’s history, comes just days after the organization said the total number of cases could hit 4 million by the end of the year. The virus has spread rapidly throughout the Americas infecting people in more than 20 countries. Officials in Brazil, the hardest hit country, have estimated 1.5 million infections. WHO was criticized for waiting months after an Ebola outbreak hit West Africa to declare an international public health emergency in 2014.

Officials noted that their concerns center around a possible relationship between Zika and microcephaly, a birth defect characterized by shrunken heads and brain damage, and not Zika itself. The Zika virus, first discovered in 1957, was thought to be harmless for decades before the link with microcephaly emerged in recent months.

Countries across North and South America have taken precautions to stem the spread for the virus. El Salvador called on women in the country to hold off on pregnancy for two years. The U.S Centers for Disease Control and Prevention (CDC) issued travel warnings for much of Latin America telling pregnant women to avoid the area.

WHO officials said they were not calling for restrictions on travel to affected countries but advised travelers to take precautions to protect themselves from mosquito bites. 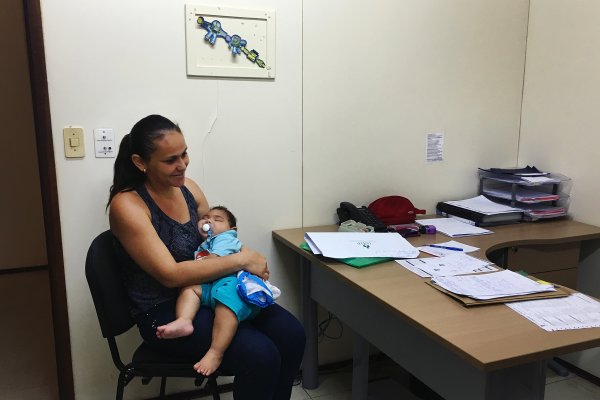 See Inside a Center Helping Babies With Birth Defects Tied to Zika Crisis
Next Up: Editor's Pick