In late 2013, the phrase “pulling a Beyoncé” entered the lexicon, destined for years of not-quite-right usage. The phrase refers to Beyoncé’s surprise release of her fifth, self-titled album, and indicates a cultural product that was both feverishly anticipated and not, in the moment, expected. Who would have guessed that Louis C.K. would come the closest in recent years to carrying this out?

On Jan. 30, the comedian, whose FX series Louie is on indefinite hiatus, posted the first episode of Horace and Pete to his website with no prior warning; it’s available for purchase for $5. All descriptors of the form Horace and Pete takes should come with an “apparently”: Though the layout of the page where Horace and Pete is available for purchase suggests there will be four episodes in total, and though the episode lays plenty of groundwork that goes unresolved, there’s still no indication as to when, if ever, future episodes will drop.

The show’s premise, at least, is intriguing enough: C.K. and Steve Buscemi play, respectively, Horace and Pete, the two proprietors of a Brooklyn bar that’s been in possession of a single family for 100 years. They’re notionally aided by Uncle Pete (Alan Alda), an equal-opportunity hater of all humanity, and under existential threat by Sylvia (Edie Falco), Horace’s sister, who’s hired a lawyer to take possession of the bar. Horace and Pete are under attack on all fronts: Their business is on the verge of getting taken away, they’re subject to an economy so bad that Pete can’t afford his psychotropic medication, and they’re ineffably under assault by a culture that’s getting coarser and crueler. Uncle Pete has a cell-phone ban at the bar, and they happily abide by it.

This performative, outsized opposition to anything new—a cell-phone conversation at a bar is not any more annoying, for bystanders, than an in-person conversation—carries through to the show’s narrative form. The show, using a single set and moving forward through characters’ entrances and exits rather than cuts ahead in time, more than feels like a play: It effectively is one. And the show attempts to do for the 2010s what Norman Lear’s sitcoms did for the 1970s by hamhandedly having Alda and his barflies recite tired talking points about perceived political correctness, Donald Trump and quarterback Cam Newton. Yes, these characters’ earthiness is meant to be part of their charm, but months into Trump’s campaign, having a character announce that voters deserve the leadership they vote for (“If we vote for him, we want to go down, so let us go down”) is not nearly incisive enough to justify the show’s running time, or expense. Somehow, Jessica Lange spouting vitriol about Newton is duller. Anyone who’s read the internet knows this is out there. It’s unclear what the artistic goal of airing it out could possibly be, and sidetracking his own show with endless jabber about the rightful ownership of the bar, C.K. won’t let us find out.

For all that Horace and Pete harkens back to the good old days, C.K. is unapologetic about taking part in internet capitalism. Five dollars is an unusually high charge for a single episode of television—even one that, like the Horace and Pete premiere, runs 67 minutes—and the show falls short of being worth the fee. Its plot, surprisingly, ended up becoming both fairly complicated and quite maudlin, but the characters are too remote to either follow in byzantine detail or feel for. And Alda’s character is, straightforwardly, a problem: One of endless TV characters whom we’re supposed to find charming because they are unafraid to offend, but in actuality are a boring nightmare. It’s not offensive when a fictional character tosses around homophobic slurs. It’s just a sign that the show has few other ways to express what it sees as crucial insights about the human condition.

The show shares with Louie more than an unconventional release strategy (no one but the comedian himself knows when C.K. will return to FX). As it’s gone on, Louie has indulged a certain miserabilist streak that works less often than its star thinks it does. But, even at its draggiest, Louie has real visual and narrative ambition. Horace and Pete, like its protagonists, wants to do little more than stay mired where it is. C.K. may be pushing the boundaries of how to make TV, but, this time, he ended up in an untenable place for any artist: Where the distribution model has become more interesting than the product. 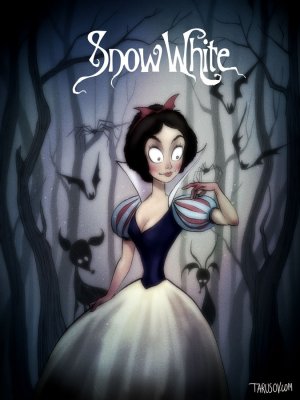 See Disney Classics Reimagined in The Style of Tim Burton
Next Up: Editor's Pick